Council candidates on the Kāpiti Coast - including the mayor - are refusing to share the stage with convicted sex offender and former councillor David Scott. 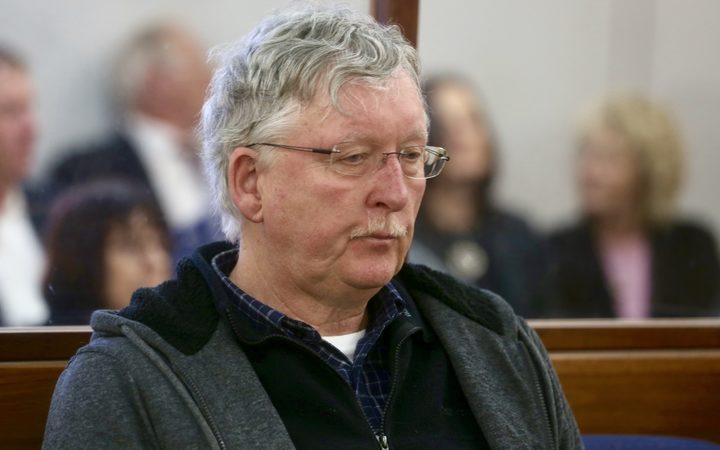 Mr Scott, 73, who was convicted of indecent assault on a council staff member and removed from office, is now seeking re-election.

Some candidates said it was outrageous he would even be allowed to stand, and if he tried to speak at meet-the-candidate meetings they would walk out.

Their decision to stand united arose during discussions in the councillor's lounge after Mr Scott announced his nomination.

Some women councillors were the first to unite in solidarity, but it has now extended to other candidates including mayor K Gurunathan.

Waikanae Ward councillor Michael Scott is also seeking re-election, and has joined the group saying it is necessary to send a message.

"His colleagues, who've already passed a vote of no-confidence in him, don't feel that it's appropriate that he should be trying to come back. Secondly, and more importantly, it sends a message that this sort of behaviour isn't going to be tolerated," he said.

Another member of the group is Kāpiti Coast District Council deputy mayor Janet Holborow, who is also standing for re-election.

She said David Scott's decision to stand again so soon after he was removed from council highlighted problems with the law.

"That seems to be an anomaly in the law for us. Sure, everybody deserves a second chance, but it's just so soon after he's been convicted by a jury of his peers - and has failed in appeal - that he's able to then stand for council and present at public meetings. We're concerned for the safety of candidates and the safety of the general public, really," she said.

Penny Gaylor is standing for re-election on the Greater Wellington Regional Council and has also joined the group.

She says it's hard to imagine a workplace where this would be allowed to happen and also says the legislation is out of step.

"Imagine the scenario where somebody whose been convicted of sexual assault and the employer was looking to re-employ that person back into the very same environment where they had committed the offence. There's nothing right about that, but also I would imagine New Zealand's workplace safety legislation would protect employees from that happening," she said.

Staff at Minister of Local Government Nanaia Mahuta's office said they were aware of the concerns, but the issues were complex and the government was too busy to immediately look at law changes.

However Michael Scott, a former public servant, said if there was the political will it could happen overnight.

"It can be attached in an omnibus provision to any number of other pieces of legislation and the change that needs to be put in is simply, 'if you are removed from your seat because of a conviction you're then ineligible to seek re-election for a set period of time'," he said.

Candidates said David Scott appeared to be keeping a low profile, with no billboards or advertising around the district, and he had not shown up to any of the meetings.

Meanwhile, Kāpiti Coast District Council confirmed David Scott had enquired about withdrawing his nomination but was told that by law he could do so only if he was incapacitated by injury or serious illness which meant he could not do the job.

Mr Scott told RNZ he had broken his leg and would not be attending any candidate meetings or actively campaigning. He said at least one female candidate did support him.