The Minister for Children Tracey Martin will not outlaw youth detention in police cells, despite widespread agreement it's an unsuitable practice, because she says there's sometimes nowhere else they can go. 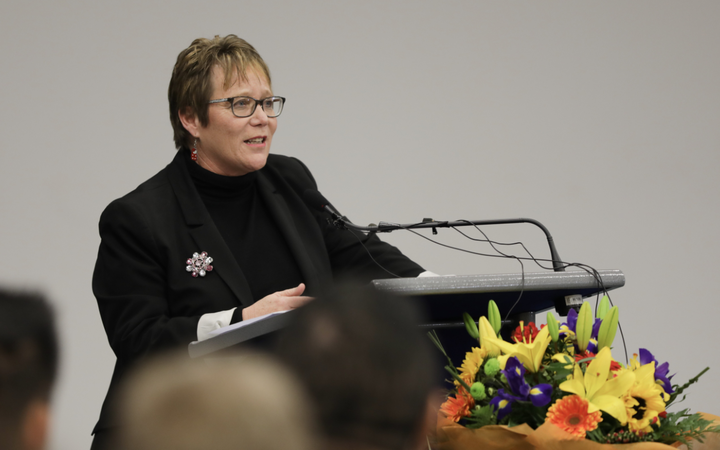 She said there was a clear consensus from youth lawyers, advocates, Oranga Tamariki and Police that adult cells were not the right place for vulnerable young people.

But in some cases detaining them there was the only practical option so banning the practice was was not a viable option.

"There is no legislative change being suggested at this time because we absolutley... are trying to make sure that the number of times and the amount of time that any young person is held in a police cell is minimised," she said.

"But we have to be practical. If you make it illegal, you have to ensure that you are able to keep that young person safe and the public safe."

In the past five years, seven young people have attempted to harm themselves or commit suicide in police cells.

Ms Martin said there was no telling if someone would take their life in a cell, but she said there were procedures in place to prevent it, like regular monitoring.

Nelson-based youth lawyer John Sandston said if things did not change, a young offender would commit suicide in a police cell.

"My suspicion, and I hope I'm wrong, is that the government will do nothing until there is a suicide," he said.

"It's inevitable that it will happen, then they'll have a commission of inquiry, they'll have the conversation and the working group, and we'll find out the answer we knew anyway."

The Children's Commissioner, Judge Andrew Becroft, has long advocated for a ban on detaining young people in cells after their first Youth Court appearance.

He said that for 20 years, government after government had given the same excuses for why it seemingly could not happen.

"We've heard from successive governments, even successive ministers from all spectrums of government, saying pretty much the same thing.

"You could say the song remains the same, actually even the lyrics are pretty identical and that is concerning, and it's disappointing, and it's frustrating."

However, Judge Becroft said conversations with Ms Martin's office about this had been positive and he was confident change could occur within the year.

"It's not necessary. We totally have the alternatives that we could use, those options are available to us, it's a question of prioritising that work," she said.

"We think that young people deserve to be prioritised."