A court has been told that police were not aware of any threats posed by an event for two far-right Canadian speakers, despite Auckland Council claiming it had barred them due to safety concerns. 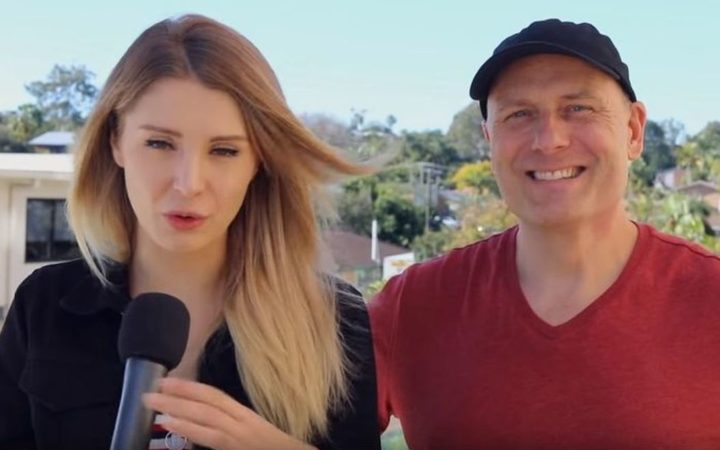 Lauren Southern and Stefan Molyneux cancelled their event after the council-controlled Regional Facilities Auckland barred them from using ratepayer-funded venues.

A legal challenge to this decision is being heard in the High Court at Auckland, brought by Free Speech Coalition member David Cumin and Dunedin mayoral candidate and Donald Trump supporter Malcolm Moncrief-Spittle.

The group is seeking a judicial review of the decision to prevent the alt-right speakers holding their event at the Bruce Mason Centre.

It had initially launched a legal challenge in light of comments by Auckland Mayor Phil Goff indicating the ban was politically-motivated.

It was subsequently revealed that the council's decision was due to safety concerns, and the court action ceased.

However, the group is now trying to establish if there was a risk.

The applicants' lawyer Jack Hodder questioned why the council had such concerns when the police did not.

Police told him they only became aware of the Canadian pair's visit after the council refused to let them use their venues.

"In our perception of the case, your Honour, it is both interesting and important," he said.

"It raises the question of freedoms that have, in our submission, a long history in the common law and are now recognised and affirmed in statute. Most importantly freedom of thought and expression, association, assembly. And they are essential to a democratic constitution."

The Queen's Counsel echoed the words of the Free Speech Coalition, referring to the decision as the "thug's veto".

He argued that the decision to cancel the venue hire agreement was indeed dictated by Phil Goff prompting Justice Jagose to intervene.

"There was a confusion caused by particularly the Morning Report interview. By my reading, the mayor said six times that he'd made the decision to deny the speakers the venue to the speakers. And it may well be that he thought he did," Mr Hodder said.

"And if that contributed in any way, whether consciously or unconsciously, we say it was inappropriate."

Justice Jagos said: "It can't be wrong for him to have a view. He's obliged to be the leader of the council and its various entities."

The lawyer acting for the council, Mr Goff and Regional Facilities Auckland (RFAL) Katherine Anderson, told the court she'd prove it wasn't the mayor who made the decision.

"RFAL's evidence that it made the decision in this instance should be accepted," she said.

The respondents wished to emphasise that the safety and security concerns related to a particular venue on a particular day, she said.

"But the more fundamental point is it's not a question of a ban on the speakers, it's not that a different venue was asked for on a different day. It was a very limited infringement."

The public gallery was full for most of the day, including with other Free Speech Coalition members Jordan Williams and Don Brash.