Firefighters have partly contained one of two fires burning in the South Island, one of which has closed State Highway 73. 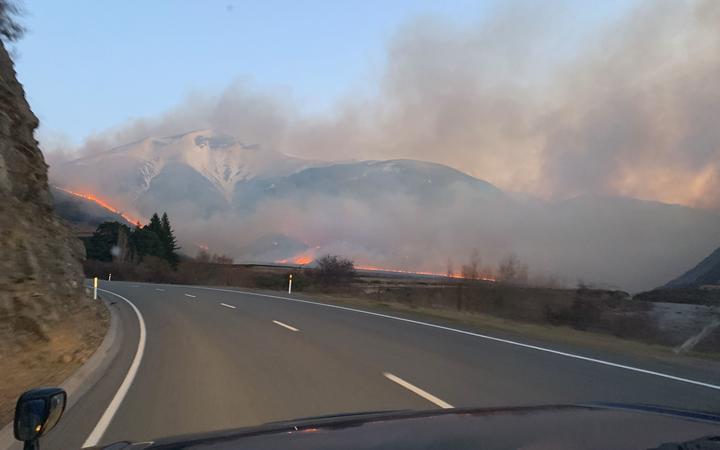 An image of the fire earlier today taken from inside a blocked off part of SH73. Photo: Supplied / Darryl McCabe

Six helicopters are now battling the blaze in Canterbury.

A spokesperson said the fire is covering about 100 hectares, and Fire and Emergency and the Department of Conservation are working together to quell it.

Firefighters are still on the scene of a second fire near Queenstown, at Moke Lake.

A 12 kilometre perimeter has been set about around the area, where the fire started at about 6pm last night.

Fire and Emergency say three helicopters are working to put out the fire, with ground crews cooling down hot spots.

And six helicopters are currently helping put out a fire at Porters Pass, about an hour west of Christchurch.

A Fire and Emergency spokesperson said the fire is partly under control, and firefighters are close to controlling the remaining hot spots in the area.

The spokesperson said the fire started in a gully about 4.30am and then burned through a part of State Highway 73, which remains closed between Springfield and Arthur's Pass.

The nearby Porters Ski Area has also been shut because of the highway closure.

No detour is available, the Transport Agency says, so people are advised to avoid the area.

SH73 SPRINGFIELD TO ARTHURS PASS VILLAGE (PORTERS PASS), CANTERBURY - FIRE - 6:10AM
Due to a fire, the road is CLOSED. There is no detour available. Please avoid the area or delay your journey, if possible. pic.twitter.com/yM4ZVcTjEz

Further south, a 12km perimeter has been set up around the Moke Lake area near Queenstown, after a blaze started at about 6pm yesterday.

Fire and Emergency said there are currently four helicopters working to put out the fire, with ground crews also working to cool down hot spots. 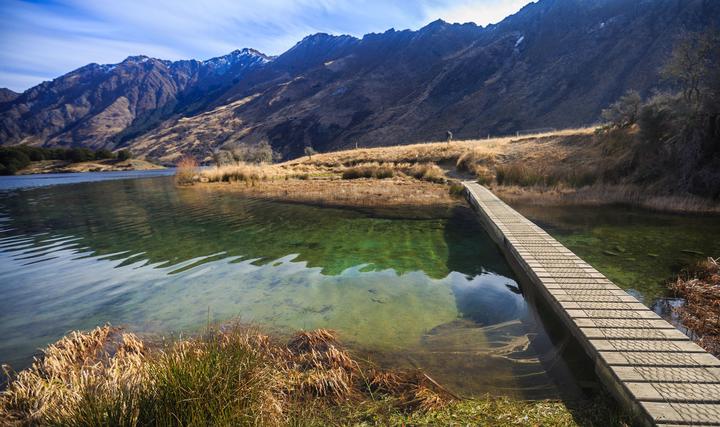