The SPCA has prosecuted a man for failing to take his injured dogs to the vet - and for trying to staple shut the wounds of one of them. 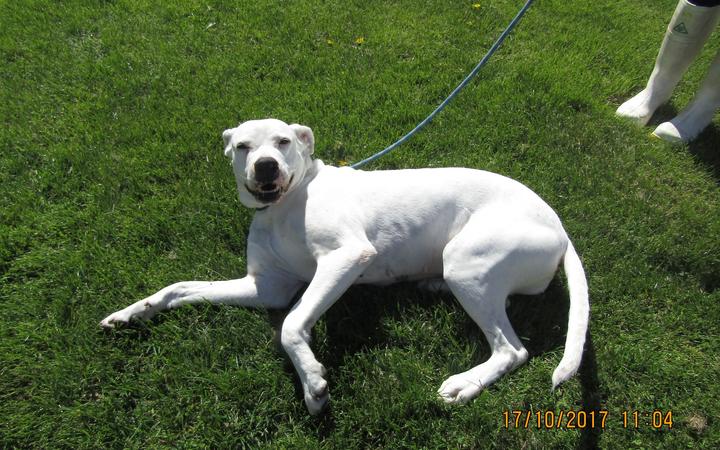 Bella after being treated by the SPCA. Photo: Supplied / SPCA

Jordayne Beaumont-Brown was yesterday sentenced in the Christchurch District Court to a month in prison, disqualified from owning pets for two years, and ordered to pay $2000.

He had earlier pleaded guilty to charges relating to two incidents in 2017.

The first involved failing to get proper care for a large wound on one dog's nose sustained after fighting with another dog.

According to the SPCA, "the wound on her nose was very smelly and infected, and large enough to poke two fingers into" when they took her for treatment.

His other dog had rips on her right side, sustained while pig hunting.

Beaumont-Brown had attempted to fix by stapling the skin so deep it punctured the underlying muscle.

The SPCA said when they found her, she "appeared lame on her right foreleg and was lethargic. Her whole body was covered in scars with a large red-looking scar on her right shoulder, and her coat was dull and patchy". 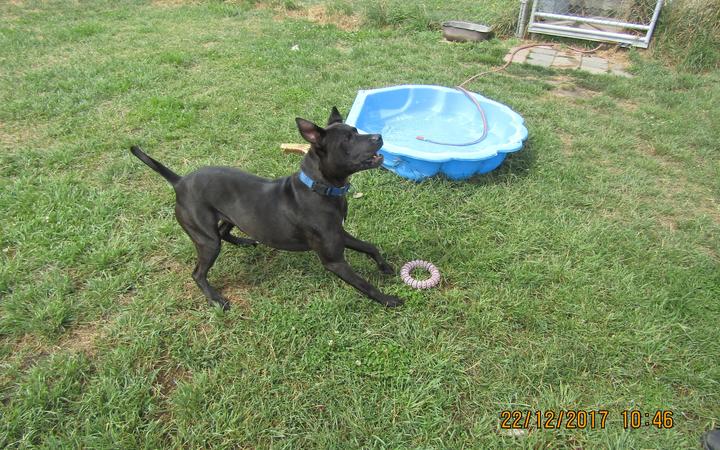 Bruiser after recovering from her injuries. Photo: Supplied / SPCA

The dogs - named Bella and Bruiser - have both since recovered and been adopted out by the SPCA.

SPCA chief executive Andrea Midgen said: "Bruiser and Bella were in serious need of veterinary attention for their injuries, yet their owner thought he knew better. Because of his actions, these dogs suffered needlessly.

"Without veterinary intervention, these dogs could have been in a much worse situation, and we are fortunate that we intervened when we did. It is unfathomable that nothing was done to help them when they were in such obvious distress."