The daughter of an 84-year-old-woman went on social media this week to criticise a lack of care her mum has been receiving from the Nurse Maude organisation. 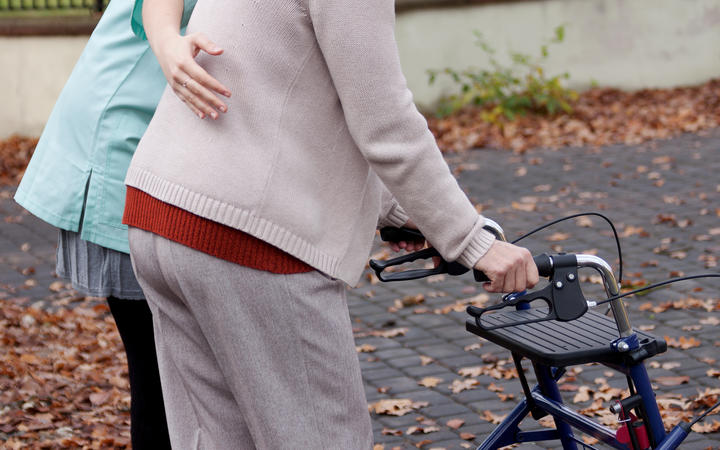 Jo Blyth said her mum had waited up to five hours - or even on some occasions all day - for an early morning shower.

"She made the appointment on the day when she was having a shower - so she was clean to go to the doctor - and nobody would turn up - so she would get so frustrated and have a shower on her own," she said.

Ms Blyth immediately got dozens of responses to her frustration on Facebook, including from people prepared to help out.

In April, two providers, Access Community Health and Nurse Maude, jointly took over the contracts for the Wellington region.

But since then, there have been teething problems, including staff shortages.

But he said that hadn't resolved the shortages, the overworked staff and the lack of communication.

"We thought they needed a couple of months to get organised - and we just ignored the problems then, but this is now five months since 1 April - and the problems have been just as great," he said.

And he's not happy a random succession of carers are assigned to look after his wife.

"When we were with Access - you had regulars and she got to know them and they got her confidence and they understood what she needed," he said.

The PSA represents many workers in the sector.

"The sector struggles to attract staff to come and work in it and our view would be because the sector can't provide secure work," she said.

"The different settlements that have been achieved around guaranteed hours and equal pay - I don't think that they have been fully funded - and they haven't fully taken into account all of the costs associated with implementing those settlements," she said.

The Capital and Coast District Health Board wouldn't be interviewed but in a statement it said between them, Access and Nurse Maude made about 20,000 visits each week to more than 4500 clients.

It accepted services were not always delivered on time and said winter illnesses had affected staff numbers.

A spokesperson for Nurse Maude, Sue Bramwell, blamed the short-comings on that shortage of staff.

She said it was currently recruiting three or four roles in the Wellington region.

"Look, ideally everybody we would be providing care to would be getting it at the time when it is expected and needed every time.

"We are trying to make sure that every one of them is covered," she said.

The DHB had reminded the providers to communicate early with clients if staff would be late - and Ms Bramwell said the level of service was getting better as time goes on.