i-SITE Visitor Information Centres around the country are facing increasing pressure and some have faced the chopping block. 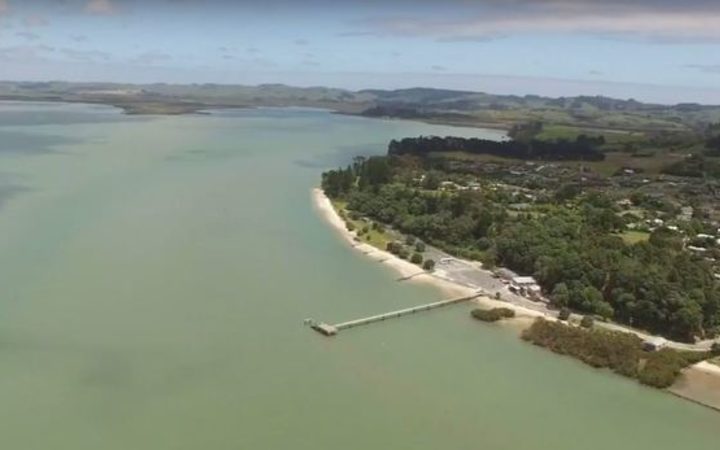 The Kaipara district has been without an i-SITE for about a decade, and its self-funded, volunteer-run visitor centre will close later this week. Photo: RNZ

There are close to 80 i-SITE dotted around the country, with several regional centres closing their doors in recent years due to visitor numbers dropping off.

i-SITEs don't receive central funding and instead rely on booking fees, retail sales, other income and support from local government.

But the tourism industry says they remain relevant and add a much-appreciated personal touch to a visitor's experience.

"We don't actually have a physical mainland base at the moment. So for us, having a group of people working who were able to advocate for our product and the different things that we do on the island, that was quite valuable because otherwise people walking around in the area wouldn't find us naturally," Ms Barrett said.

In Northland, the Kaipara district has been without an i-SITE for about a decade, and its self-funded, volunteer-run visitor centre will close later this week.

Taiawhio Wati, who lives in the area, started a petition calling on the local council to reopen the official i-SITE and turns its attention to promoting tourism.

"I think the disappearance of an i-SITE or a visitor information centre is quite symbolic of how our district is going to go in future tourism projects," Ms Wati said.

"We're basically gonna wipe ourselves off the map and, in comparison to the Far North and Whangarei in the Northland district, we are faring so poorly when it comes to visitor numbers. This is a fork in the road and we really need to decide which way we're going to go."

In Central Otago, the region's i-SITE network is under review after its revenue dropped by more than a third in the January to March quarter compared to the same quarter in 2018.

Less group bookings, a softening in international visitation and the increasing ease of booking online were the reasons given for the decline in a report given to the Cromwell Community Board earlier this month.

"This is also a national trend with the decrease in bookings being felt across the national i-SITE network."

International visitors using iSites experienced a drop in the year to December 2018 compared to the previous year.

Visitors might start online, but they didn't always stay there, he said.

"They find there's so much choice they actually want to come in to a physical centre, browse for information. Mostly importantly, they want to talk to people," Mr Yeo said.

Change would likely be on the cards for i-SITEs in the future, he said.

"You have to provide visitors with access to information through their mobile devices. But they also want to have that personal feel as well so I think the future will definitely involve a strong i-SITE network, but it will be different."

Each year, about 400,000 people visit the Wellington iSite.

"The models that's being used across the country is that they're all the same and that they deliver a standard level of service and a standard set of services. My view would be that that's the bit that needs a shake up," Mr Perks said.

Two years ago the Ashburton i-SITE closed its doors and the neighbouring Methven centre was restructured after a review found they weren't financially sustainable.

Experience Mid Canterbury general manager Bruce Moffat said the changes had made a difference to the i-SITE service on offer.

"Obviously we had to look at how we could sharpen the pencil to get more revenue in, and one of those things that we did is we adopted a $5 service fee. But we feel that we're providing a really neat and a very professional service and we should be paid more than the 10 percent that we were getting on an intercity booking," Mr Moffat said.

The move had helped the i-SITE become more viable, he said.

He believed there was still a future for i-SITEs - particularly with close to 80 still running.

The challenges facing the network will be the focus of an annual i-SITE Conference in Taranaki next month.