An Auckland councillor who is campaigning for re-election this year has been the victim of a smear campaign. 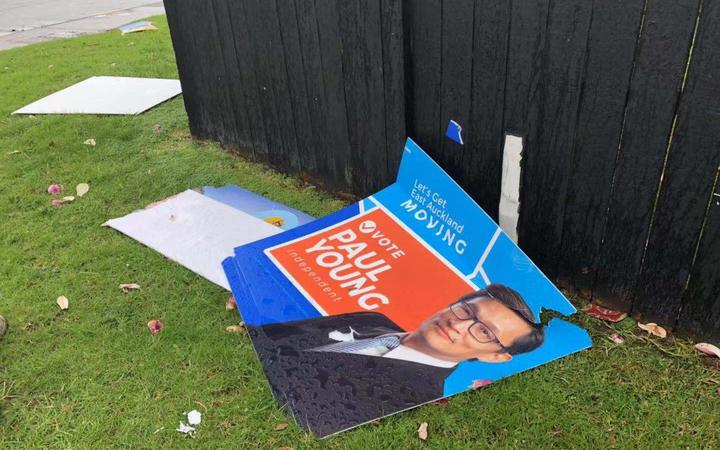 Auckland's first Chinese councillor Paul Young said many of his campaign hoardings had been destroyed and flyers had been pinned up across Auckland East constituency.

He said the vandalism and flyers made him feel "uncomfortable" and that it could be racially motivated.

"My kids grow up here. I can say as a Kiwi, or a Chinese-Asian-Kiwi, it's totally unacceptable, and it is not allowed in New Zealand's current society."

Thirteen of Mr Young's billboards were destroyed last week after he spent all of Sunday 18 July and Monday 19 July putting them up across the constituency.

But by Wednesday he found out that something was wrong.

"In the morning, I received many phone calls telling me, 'Paul, your sign disappeared, your hoarding is damaged'."

Initially, he thought it was because maybe some of the signs had been blown away by the wind.

"But unfortunately, people kept telling me [about the damage], and totally so far at least 14 signs had been knocked down, or damaged on purpose."

'I told myself: be strong' 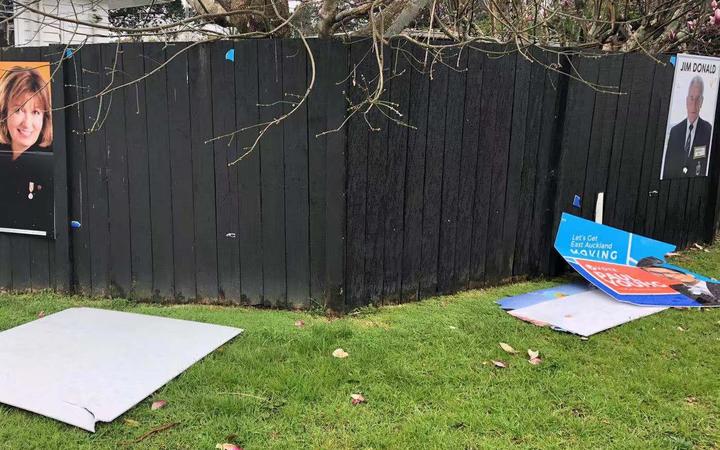 Mr Young said he was not put off by the damage and by Friday all the billboards were back up.

"I just told myself: you need to be strong, so for every spot I fixed, I put a new spot on another area."

But what concerned Mr Young more, were posters that were pinned up across the community in supermarkets. They used an old campaign poster of Mr Young's, showing his face, but they had branded 'C.C.P.' across it, referring to the Communist Party of China.

However, he could not say whether the attacks were racist or not.

He has now reported the incidents to the police who are investigating.