Two Wellington men charged with possession and supply of cannabis have been remanded on bail until next month. 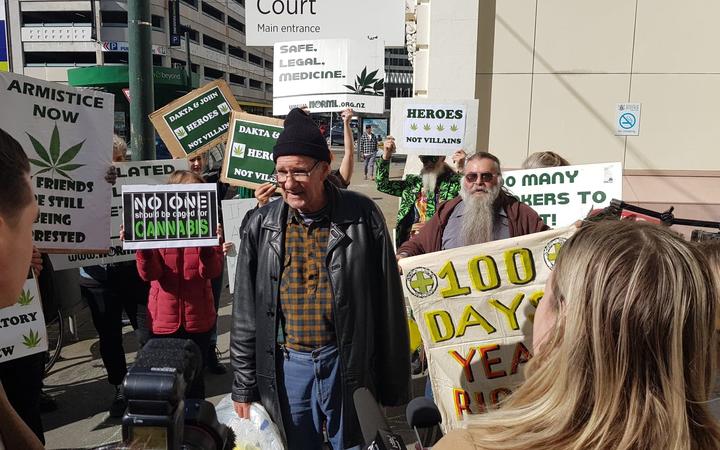 The men - who have a total of 21 cannabis-related charges between them - were arrested at the weekend at a Mount Victoria address known as the Daktory.

The property on Hania Street is listed online as a cannabis store.

Dakta Green and John Middeldorp were remanded on bail at the Wellington District Court on the condition they do not contact one another.

Mr Green was remanded to the Daktory, on the condition he did not posses or use cannabis and Mr Middeldorp - to an address in Northland.

A number of supporters for the men watched from the public gallery, clapping at the end of the judge's decision to grant bail and giving the men thumbs up as the stood in the dock.

Outside court, Mr Green told his supporters and media he would take the arrest on the chin if it meant getting a discussion about legalising cannabis into the public.

The men will next appear on 23 September.

Mr Middeldorp will appear via audio visual link link from the Whangarei Court.