Police have admitted they did not follow best practice before three prisoners with gang affiliations escaped in Levin. 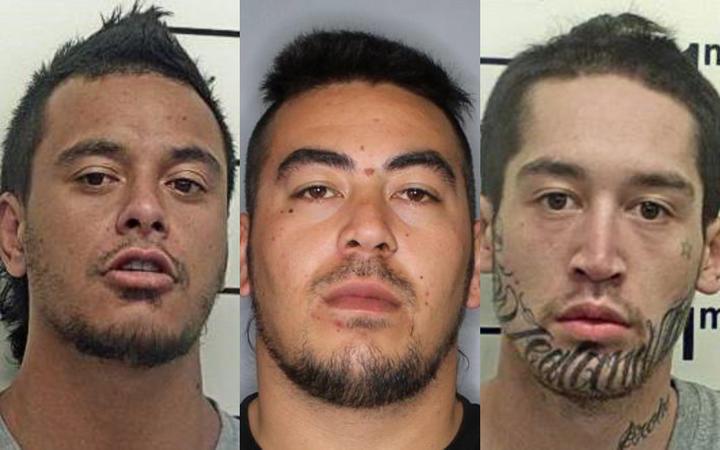 The men escaped police custody when they were being taken to a transport vehicle at the Levin District Court about 5.40pm on Wednesday.

Police are searching in Levin and the wider Horowhenua for the three men they named as Wiremu Eparaima, 30, Te Wera Hemara, 27, and Emmanuel Witana, 23.

They are facing charges relating to violence, dangerous driving and dishonesty.

A fourth man restrained a police officer, allowing the others to run away, police said. They got into a passing motorist's car and demanded he drive away, but jumped out a short distance away. Neither the driver nor the officer were hurt.

Manawatū Area Commander Inspector Sarah Stewart said this afternoon the men were in an internal garage, and one hit an emergency lever that opened the garage door.

"Another offender held onto one of the officers, restraining him and two other offenders were then able to leave under the garage door," she said.

"They ran towards the local supermarket where they got into the vehicle of the member of the public and made him drive them a short distance to north-west Levin, where they asked him to stop the vehicle and they got out and ran off."

Ms Stewart said it was not best practice for two officers to be guarding four people.

Usually two police officers are with one person in custody, she said.

Ms Stewart said the men had gang affiliations in the Levin area.

Levin resident Gus McLellan said he locked the doors of his house when he heard about the missing men. "I've got young children and I was a bit worried," he said.

The man, Mikaera Feather, who police said restrained a police officer, helping the others flee, has been charged with aggravated assault and assisting escape from custody.

Feather appeared in court this afternoon and has been remanded in custody. He will appear in court again next month.

Police are searching for the men across Horowhenua and the wider Manawatū. They aren't believed to pose any threat to the public.