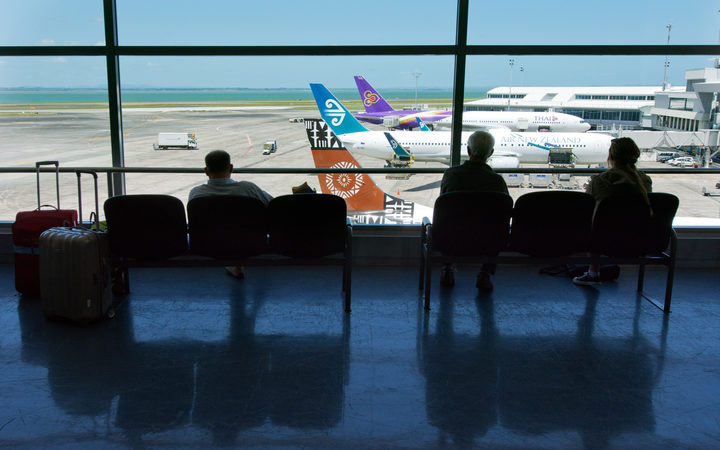 Mr Gould was asked to step aside two days ago following months of negative publicity. Transport Minister Phil Twyford had told Mr Gould the CAA was going through some big changes and it would be best to have fresh leadership.

Mr Gould's resignation followed recent claims that the organisation was a toxic workplace, where bullying and sexual harassment had been tolerated.

The aviation community said while it is right that Mr Gould has gone, the problems go deeper than one person, to the system itself.

Experienced helicopter and aeroplane pilot John Funnell said the industry had been worried about the CAA for some time.

"It's fair to say there's a fair amount of dissatisfaction from within the industry as to the performance of the regulator and in particular, the board, because they have a job to do to hold the regulator accountable and it's the belief of many in the industry that has not been achieved," Mr Funnell said.

Smaller operators felt like there was a significant power imbalance between themselves and the regulator, he said.

"Certainly there are a number of smaller operators making those claims that they're stood over and bullied," Mr Funnell said.

Those concerns had been raised with the minister over the last year and Mr Funnell believed they were now coming to a head.

Another long time aviation professional and former CAA staff member, who did not want to be named because of the senior roles he still held, said - despite Mr Gould's assertions to the contrary - longstanding problems with how inspectors went about their jobs had not gone away.

"The industry needs a strong regulator but they have to have respect for that regulator, and the industry has lost respect," he said.

Despite that, he said the majority of the people at CAA were very good.

He believed the board had not been doing its job properly, and he hoped the senior management restructure currently underway and new Board members would create real change.

Independent aviation commentator Irene King said Nigel Gould had a credibility problem because he insisted everything at the authority was fine.

"From the minister's perspective things are not fine, and I would say from the industry's perspective and from the staff's perspective the situation is not fine. I don't think replacing Nigel Gould will rectify the problems, they are far deeper than that," Ms King said.

She was not holding out much hope for change.

"It's not the person that's leading the organisation, it's not the chairman of the board - it is the system itself. It is incapable of delivering what the public and the industry, and the employees of the CAA expect," she said.

Fixing those problems would require an intensive effort from the minister down, which would need to go further than a re-write of the Civil Aviation Act, she said.