The last two people charged in relation to the country's biggest methamphetamine haul have been sentenced to lengthy prison terms. 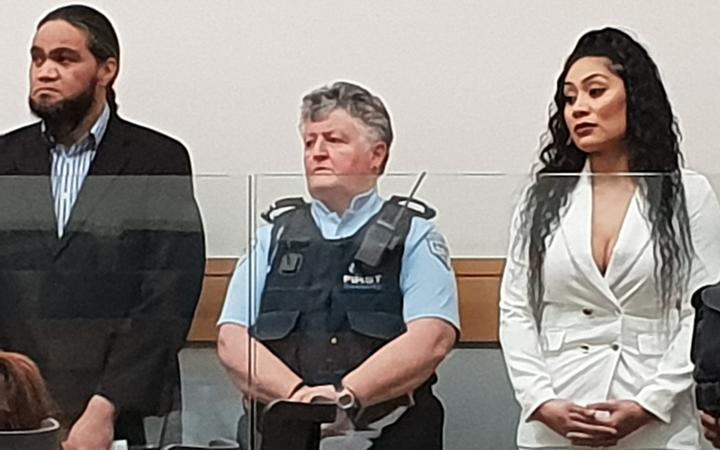 Stevie Norua Cullen and Selaima Fakaosilea were convicted of serious drugs charges for their roles in the country's biggest ever meth haul. Photo: RNZ / Lois Williams

Stevie Norua Cullen and Selaima Fakaosilea appeared in the High Court at Whangārei this morning before Justice Gordon.

Cullen has been sentenced to 27 years in prison with a minimum period of imprisonment of nine years.

She was given a minimum period of imprisonment of seven years. 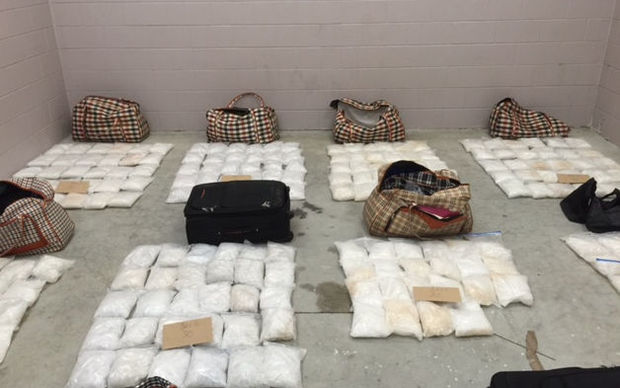 Lawyers for both said the pair's involvement in the operation had been relatively menial, providing logistical support for the main players.

But Justice Gordon said Cullen had been a trusted lieutenant who organised boats, cars and motels for the group.

Justice Gordon also told Cullen the law demanded an emphatic response to the unprecedented scale of the crime.

"More particularly, this jurisdiction must not be viewed as soft by those who may otherwise bring large amounts of controlled drugs here, especially a drug as pernicious as methamphetamine."

And Fakaosilea was no naive pawn as she claimed, but had played an important role handling cash and communications, Justice Fakaosilea said.

The pair were tried and convicted in June on serious drug charges for their roles in the haul. A total of eight people were charged.

Six other people are already in prison after admitting their roles in the operation.

It was the country's biggest known methamphetamine operation, with more than 500kg found on board a boat that washed up on 90 Mile Beach in Northland in June 2016.

The methamphetamine haul, discovered in a campervan hidden in sandhills, was estimated to be worth almost half a billion dollars.

He paid tribute to the community in the Kaitaia area, who were suspicious of the group's activity and tipped off police.