A repeat child sex offender will be released from jail next month, but will be heavily monitored by the Department of Corrections for seven years. 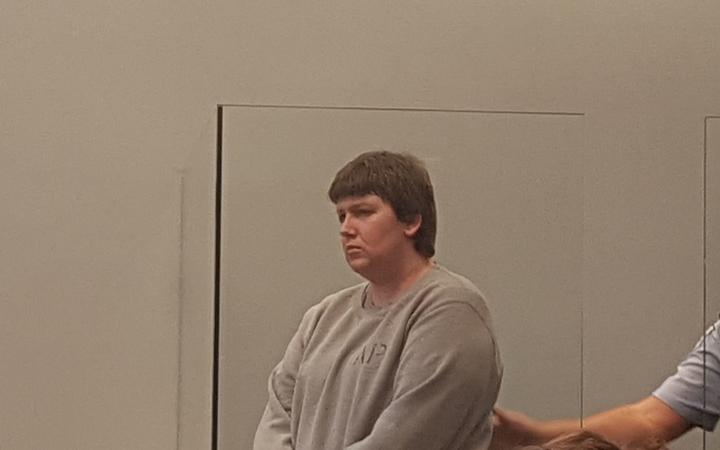 Laken Sharon McKay was jailed, under the name Rory Francis, for nine years in 2010, on 18 counts of sexual offending against boys and girls under 12, including one count of rape. She had also been jailed in 2005 on two counts of sexual offences against a child. McKay is due to be released from jail in a little over three weeks, at the end of her sentence.

This morning in the High Court at Auckland, Justice Cheryl Gwyn granted an extended supervision order for the next seven years, in an attempt to protect the community from the "high risk of reoffending".

It will allow the Department of Corrections to closely monitor McKay. This may include her having to report to a probation officer regularly, restrictions on what she can do for work and where she can live, restrictions on who she can interact with or certain activities, and possibly GPS monitoring of her movement.

McKay transitioned from being seen as her gender assigned at birth to her actual gender while she was in jail.

Justice Gwyn said McKay's rehabilitation in prison was unsuccessful, and that she poses a high risk of further offending.

"It appears from the material before me that McKay does not display any meaningful understanding of her offending on her victims," she said.

"The health assessor's report does describe McKay's sexual offending as being driven by urges to meet her needs and sense of intimacy, and notes she will likely seek to satisfy these needs in whatever way she can, including through relevant sexual offending if she's provided with opportunity and access to children.

"She expressed uncertainty about her ability to refrain from offending against children if they had been available."

She said it was clear McKay has a pervasive pattern of offending, as offending occurred in two different time periods in similar ways. She also said because McKay is HIV positive the risk posed by any further sexual offending is increased.

"Ms McKay has shown some limited responsibility for her offending. In 2005 and 2010 she pleaded guilty to the charges, and in the later offending she gave full confessions containing details that would otherwise have remained unknown.

"Ms McKay also requested that her genitalia be removed in part as punishment for the offending, and reported wanting to obtain a tattoo that says 'No More' to remind herself of her commitment to no more victims.

"The health assessment report notes however that evidence for this factor is mixed, as although Ms McKay speaks of taking responsibility, she is unable to translate that into action," Justice Gwyn said.

In the dock, McKay sat in a grey tracksuit and mostly looked at the floor, without any visible changes of expression.

The Crown, on behalf of the Department of Corrections, says McKay has an intense drive or desire to commit further offences, and that her transition does not appear to have diminished her risk of reoffending.

Lawyer Jessica Blythe sought a seven-year supervision order for the safety and protection of the community.

"She scored in the 75th percentile for sexual deviancy, and that assessment was conducted following her completion of intensive specialist treatment of her sexual offending."

Ms McKay's defence lawyer, Lucy Smith, did not oppose the application but sought a reduced length of the supervision order of five years. She unsuccessfully argued if Corrections wanted a longer supervision order, they could apply to have it extended later. She said it is much harder for McKay to apply to cancel it than it would be for the department to apply to extend it.

The Crown argued because the length of time between the previous offences McKay committed - five years, between 2005 and 2010 - it was clear that was not enough time for the risk to lapse, and that the supervision order should last longer than that.

Justice Gwyn said she must impose the minimum period necessary for the safety of the community, taking into account the likely duration of the risk and level of harm possible.

"Given the link between [McKay's] desire to fulfil her needs by any means necessary, her inability to self regulate and the connection between these features and her relevant sexual offending, I consider the risk Ms McKay poses to be high," Ms Gwyn said.

"I consider that an extended supervisory order of seven years is the minimum period necessary to protect the community. As I've noted, it's open to the court to cancel an order during its operation, should it become apparent that Ms McKay no longer poses the requisite high risk that I have identified."

The Department of Corrections said in a statement that public safety was its top priority, and it would be seeking tougher release conditions for McKay than standard offenders.

"Under an extended supervision order, this person will be required to comply with an extensive number of conditions, including 13 standard conditions imposed by the court," deputy national commissioner Andy Milne said.

"In addition to these standard conditions, we will be applying to the New Zealand Parole Board for further special conditions to be imposed. Special conditions can include GPS monitoring, curfews, and treatment and counselling as directed.

"We expect offenders to fully comply with the conditions imposed on them and take any breach very seriously. A range of enforcement sanctions are available, including formal prosecution for breach of conditions, which can result in imprisonment."

Standard conditions include: reporting to a probation officer when required, asking for permission to move house or get a job, a restriction from travelling overseas without permission, and a prohibition on associating with or contacting anyone under 16 years old without prior permission. Victims must not be contacted, and the department can also prohibit contact with anyone else or any class of people.

McKay will be released from prison on 12 September, but it is yet not clear where she will live or what specific conditions she will be subject to.