Three family members of the Australian man fatally shot near Raglan yesterday have attended the court appearance of the man accused of causing his death. 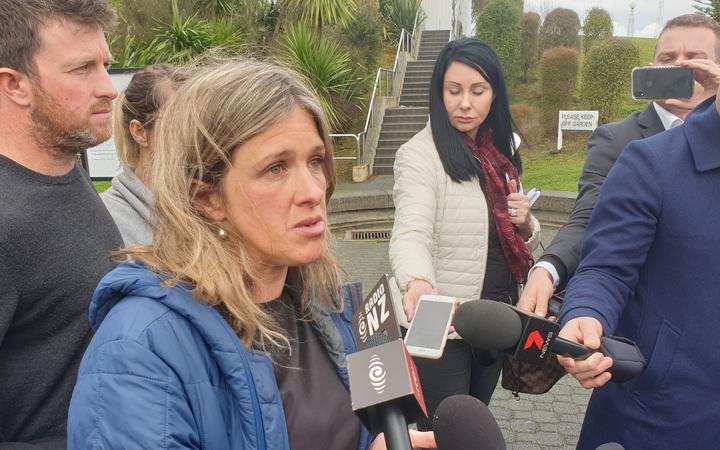 Emmeline McKinnon speaks to media about her brother, Sean McKinnon, who was killed near Raglan. Another brother, Lachlan, is at the rear. Photo: RNZ / Andrew McRae

Sean McKinnon, 33, died after shots were fired into the campervan he and his partner, a Canadian woman, were in.

His body was later found in a van at Gordonton, near Hamilton and the 32-year-old woman managed to escape uninjured.

A 23-year-old man has appeared in the Hamilton District Court charged with murder, threatening to kill, robbery causing grievous bodily harm to Mr McKinnon and driving while disqualified. He was granted interim name suppression.

He was remanded in custody by Judge Noel Cocurullo to reappear in the High Court in Hamilton on 27 August.

Two sisters of Mr McKinnon, Emmeline and Mary and his brother, Lachlan, were in court.

Emmeline McKinnon, who is herself a police officer in Australia, expressed her gratitude to the New Zealand police.

"They have been remarkably supportive during this time and I couldn't ask for better people to be in charge of the investigation."

She also thanked Air New Zealand and the Waikato community, which she said had reached out to them.

"I have not experienced anything like it in all of my life.

"We are deeply grateful for the compassion expressed by people in New Zealand." 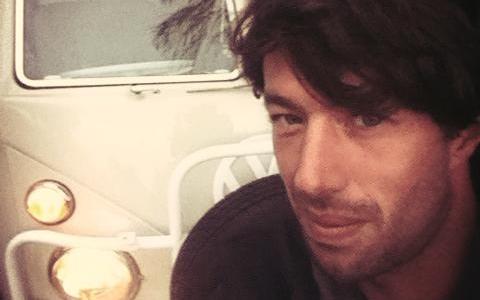 Sean McKinnon came from a loving family and will be hugely missed, his sister said. Photo: Facebook

She said Sean was a wonderful person.

"We loved him very deeply and I was devastated to hear that his life had been taken from him."

She said the worst thing was having to tell her mother. "I think he was my mum's favourite.

"We are glad that he wasn't too far from home."

Emmeline McKinnon said her brother will be missed a lot.

"He's going to be missed around the Christmas table that is for sure."

She described Mr McKinnon's partner as an amazing woman.

"Resilient and strong and I cannot even begin to understand what she has gone through as a person and she is a really strong young woman.

"She comes from good strong Irish stock so I wouldn't expect anything less from the girl to be honest."

Ms McKinnon said she, her sister and brother have seen her.

"That was our first priority: to get over here and let her know we are supporting her and we are just really glad she is alive."

She said the family will stay in New Zealand until Mr McKinnon's body can be released and they can take him home to bury him at Narrandah in New South Wales where he was born.

Ms McKinnon said they wanted to be in court for the accused's first appearance to make sure their brother was not forgotten.

"I didn't want Sean to be just a face, you know he has a family, he was very well loved, he's a real character and really just don't know how to begin to put life together without him being here.

"And to just see the process, we are a long way away, we've all got commitments and family that make it difficult to come over here. Just to put it in context and understand the process." 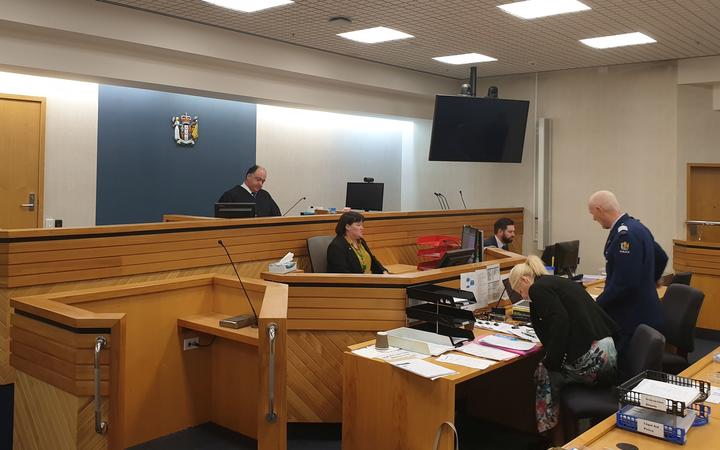 The scene in the Hamilton District Court when the man accused of Sean McKinnon's murder made his first appearance. Judge Noel Cocurullo remanded him in custody to reappear in the High Court on 27 August. Photo: RNZ / Andrew McRae

She said her brother loved to travel.

"He intermittently came home and he was terrible at keeping his phone and wallet and passport and he was constantly keeping Rayban sunglasses in business.

"We were used to him being intermittently unavailable."

Ms McKinnon said the last time she saw her brother was to help him get a new passport to replace the one he had lost.

"He came into work and I helped him with his documents and oddly enough I said a goodbye I would say if I knew I wasn't seeing him again.

"He looked a lot like our father, who tragically passed away quite young, so sometimes when you catch him in certain lights, it's a little bit uncanny, yeah."

Ms McKinnon said her work in the police gives her a perspective on what is happening.

"You see enough of life to know these things transpire; you don't think it's ever going to happen to you. I've certainly been on the end of giving death notifications to families and I have had the experience from the other side now.

"You just wish it was anybody other than yourself, but it's inescapable."

Ms McKinnon said that between jobs, her brother came to New Zealand to stay with her.

"They loved their surfing, travelling and eating vegan food."

She said the two were engaged but had not set a wedding date.

"It changed as their plans changed, they are young and still at that great age when reckless temperance of youth hasn't come into line with the responsibilities of adulthood and dear I say it, it never will now for Sean."