A homicide investigation is underway after a man's body was found in a van near Hamilton this morning.

The discovery of the body is linked to a serious incident in the early hours of Friday in Raglan, police say.

"At 3.20am, police were notified of an incident earlier in the morning on Whaanga Road, Raglan where a male offender has approached a van that was parked in the Te Toto Gorge track carpark.

"Two occupants, a man and a woman, were inside the campervan at the time and the male offender has fired a number of shots into the vehicle, injuring the man.

"The female victim has managed to escape from the van and flee the scene.

"The offender has stolen the vehicle, a 2017 white Toyota Hiace ZL (registration KWF362) and driven off with the injured man inside.

"The woman, who fortunately was not injured in the incident, reached a nearby address and notified police."

Police found the van on Puke Road near the intersection of Gordonton Road, Gordonton, near Hamilton, about 8am. 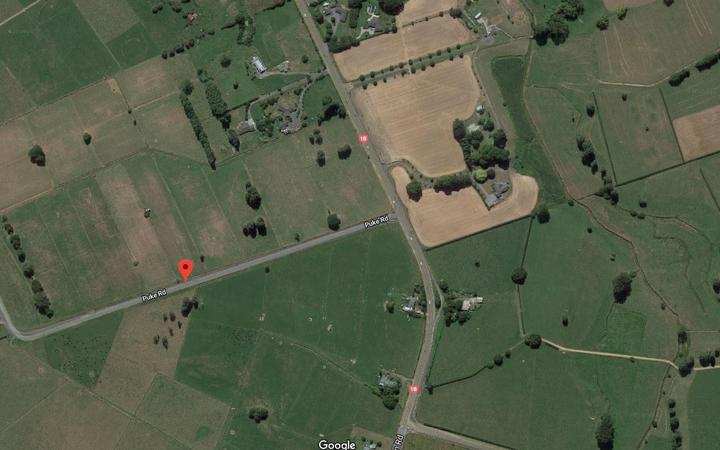 The man's body was found inside. He's believed to be Australian.

The woman is said to be "shocked and distressed".

Scene examinations were continuing in both Raglan and Gordonton this afternoon, police said. 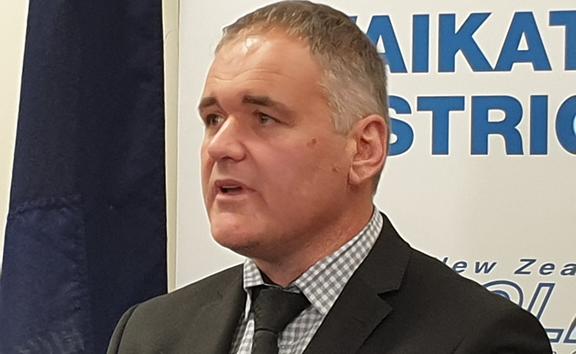 "This is an absolutely tragic incident. From our enquiries to this point, we believe the victims were not known to the offender and this appears to be a random attack.

"It is obviously concerning that we have an armed offender outstanding and I want to assure our Waikato community that our absolutely priority is locating him as soon as possible and holding him to account.

"We are appealing to the public for any sightings of a white 2017 Toyota Hiace ZL van (registration KWF362) travelling between Raglan and Gordonton before 8am this morning.

"We urge anyone with sightings of this vehicle or anyone who saw any suspicious activity in the Raglan or Gordonton areas during this period to contact Waikato Police on (07) 858 6200 or Crimestoppers anonymously on 0800 555 111.

"In light of the current circumstances, a general arming order for police staff is in place this afternoon for the entire Waikato District and will be reassessed later today.

"This is a precautionary measure to keep our community safe."

Detective Inspector Pitkethley said they hadn't recovered a firearm and assumed the man was still armed.

Mr Pitkethley said it was not likely the victim's name would be released until tomorrow.