A Dunedin drug dealer sold more than $50,000 of ecstasy in less than four months, a court has heard. 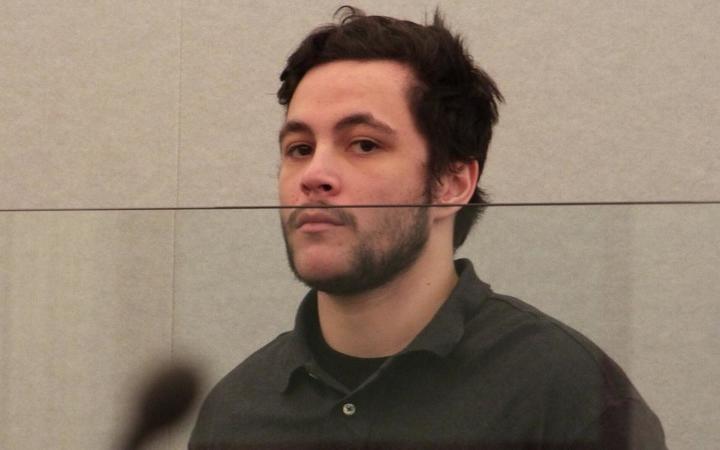 Cody Kevin William Mosen, 21, was the last of three men with links to the Tribesmen Motorcycle Club to be sentenced when he appeared in the Dunedin District Court.

Like his associates Heneli Sofele and Patrick Folimatama, he too was jailed - for three years.

Mosen had previously pleaded guilty to two counts of supplying the class-B substance MDMA, one of possession and one of breaching a sentence of community work which he received for earlier offending.

The defendant also admitted conspiring to commit an aggravated robbery.

Police had been intercepting Mosen's cellphone communications from 13 September last year after the Dunedin organised crime squad discovered there were major drug sales taking place in the city.

Three days later, they found evidence of a different crime.

Mosen's girlfriend had received a photo of a third party in possession of stacks of cash, "believed to be thousands of dollars".

The defendant contacted his friend and former schoolmate Sofele and they talked about taking the money.

"They discussed where the associate lived, where they would park and how they would commit the robbery with a pistol," court documents said.

The pair agreed they should pick up a 9mm pistol for the job.

As a result, police conducted "covert observations" and spoke to the two men early the following morning when they arrived at Mosen's home.

Sofele, while at the gang's headquarters in South Dunedin, spoke to Mosen about a clash with Nomads gang members earlier that day.

According to a police summary, the men spoke about an impending "ruckus" with the rival gang, during which Mosen asked if Sofele needed any more "shotties".

When officers raided Mosen's Maclaggan St home on 20 September, they found $1250 in cash from recent drug sales and $2675 of Ecstasy hidden in a cocktail shaker in a kitchen cupboard.

The intercepted communications established the defendant had sold $10,500 of the MDMA in the preceding week and $56,000 since June.

Counsel Anne Stevens QC said Mosen had strong family support, was working full time and his partner had recently given birth to their second child.

He had a certificate proving he was drug-free.

Judge Michael Crosbie said Mosen's behaviour behind bars would determine how long he spent there.

"The biggest thing I want you to take away from today is how you serve your sentence," he said.

"Be your own person. Don't have the length of your sentence dictated by the people in the cells next to yours."