By Laura Smith for the Otago Daily Times

A Chinese restaurant is serving up cooked "pet food" as part of a dish in its Invercargill eatery. 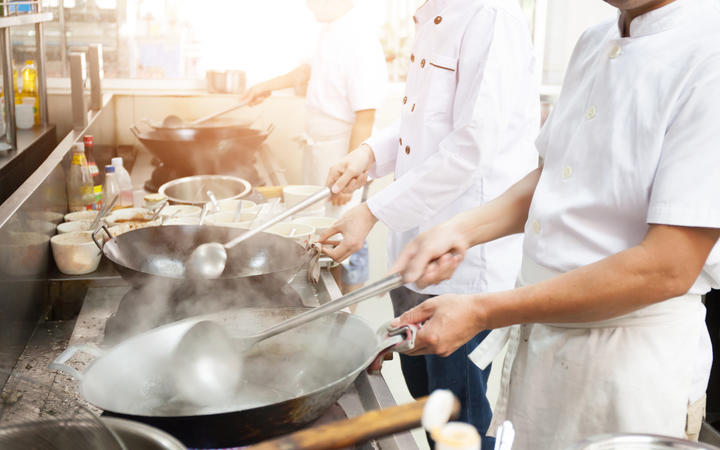 The owner of the Hong Kong Restaurant, in Esk St, confirmed it had been been selling customers "pet food". Photo: 123RF

The owner of the Hong Kong Restaurant, in Esk St, confirmed it had been been selling customers "pet food" marked "not for human consumption" when it was requested, as part of a dish known as tuo gu ji zhua - a popular meal in China where the bones of chicken feet were taken out and the meat and skin is eaten.

Lisa Wang, who has owned the restaurant for 12 years, said it was only sold to Chinese customers when it was asked for, and they were planning on making it for themselves.

"In Invercargill there aren't too many Chinese shops, and they really want to have this and tell us to get them if we can."

She said, via daughter Sammi Li who was helping translate, she believed it was edible - "it is one of our cultural foods ... if it wasn't edible for human consumption we wouldn't be selling it".

Senior environmental health officer Ann Thompson said the team was alerted to a claim made on social media by a concerned resident - who had spotted boxes labelled "pet food" outside the restaurant.

"The operators have made it clear that the items labelled as 'pet food' were for personal use only, and not provided to customers, nor offered on their menu," she said.

"We reminded the operator that, as per their food control plan, the only food that should be stored and prepared on site is food, which is for sale to customers."

Ms Thompson said they did not find any other items of concern, and when the Hong Kong restaurant's last verification was undertaken in December 2018 it received an "acceptable" assessment. 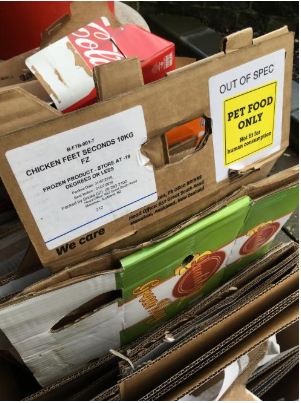 A woman in Invercargill became concerned on Monday when she discovered a box in a restaurant's recycling labelled "not fit for human consumption". Photo: ODT/Laura Smith

There had been no complaints in the last 12 months and she said verifications resulted in either an "acceptable" or "not acceptable" assessment.

On Monday, Rachael Bailey took a photo of the box marked "pet food only".

She posted her concerns online and said she was "quite horrified".

Duty manager James Wang told the Otago Daily Times on Wednesday it was also used in another dish. "It's used in a cold, spicy dish - in China it's popular, but only Chinese here eat it."

Ms Wang said she believed if the customers knew where it had come from and knew it was marked as pet food, they would still eat it.

However, from now on she would only make it for her family and not sell it to customers.

No-one had previously asked where it had come from.

Brinks food service sales and planning manager Norman Wanhalla said when it was packed, the product was marked not fit for human consumption because "there is no guarantee it is 100 percent completely clean".

A New Zealand Food Safety spokesperson said "if a product is labelled as unfit for human consumption, it should not be sold to humans for their consumption."

"However, if a consumer knows the product is labelled unfit for human consumption, but still chooses to consume it anyway in a private setting - not sold - the Food Act rules do not apply. People should not do this, as the food is not intended for humans and can make you sick."

There were consequences for a business that sold products that it should not.

A food safety officer would investigate, and the business could face enforcement actions.

- This story was first published on the Otago Daily Times.