The Waikato region has benefited from the Provincial Growth Fund by nearly $1.5 million which was announced today in Hamilton. 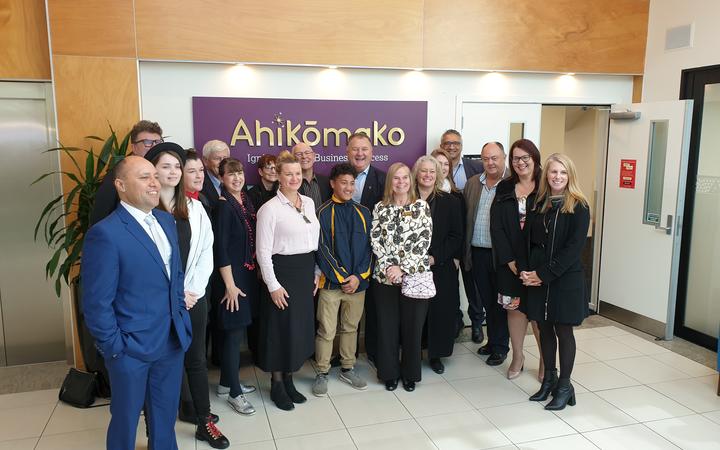 Te Waka, the region's development agency has been given $400,000 to help it support organisations to develop business cases.

Te Waka said it will match the fund dollar-for-dollar.

And more than $700,000 has been awarded to the Paeroa Historical Maritime Park development in the Hauraki district.

The Hauraki District Council has committed and additional $400,000 to the project.

Mr Jones said grants to Waikato from the PGF will help the region continue to move away from reliance on agriculture.

He said farming in New Zealand was in transition and unless there was change in the way it was done, then the social licence will be taken away from farmers.

Mr Jones said while it was not what he personally believed, he saw it as a politician.

"So Waikato has to go through a transition and its near Auckland with some legacy industries that have generated great wealth, ie; the farming sector, but also we have to accept that Kiwis want a cleaner environment and farming has to do some of the heavy lifting in that regard and the Provincial Growth Fund and our injections are really are a contribution to an economy in transition."

Mr Jones said that in Waikato there can not be economic development unless it was blended with Māori aspiration and Māori development.

"Or it will not be supported by this government."

Te Waka chair Dallas Fisher said the funding news was great for the region across the board.

"It's about the multiplier effect and while some of the funding might seem relatively modest, but in fact we are using them to drive and multiply the impact of that money."

"These are monies that will make a deep impact into the communities of the region."

Mr Fisher said while the region may appear prosperous, it was not all milk and honey in Waikato.

"If we look at the deprived areas in New Zealand, we have got three of the top 10.

"Those are the areas we are trying to impact."

Mr Fisher said that was the target and sweet spot of the PGF.

When asked if there will be further money from the PGF coming the region's way, Mr Fisher said there were a lot of projects in the pipeline.

Mr Jones has not ruled out further money from the fund going to Waikato, which may or may not include the Waikato Regional Theatre project in Hamilton.

He said the theatre funding application was going through a process.

"I fully acknowledge that quite a lot of stakeholders are keen and enthusiastic about such a facility, but as was the case with the Rotorua Museum (funding) yesterday, it has to go through quite an exacting process."

Mr Jones said it was important that the government got what was promised from projects that were funded from PGF.

"Which is jobs, infrastructure and a new stream of economic activity that will stimulate well into the future."

He said an announcement on the regional theatre was "not too far away".