Metservice has issued a severe thunderstorm watch for the upper west coast of the North Island tonight. 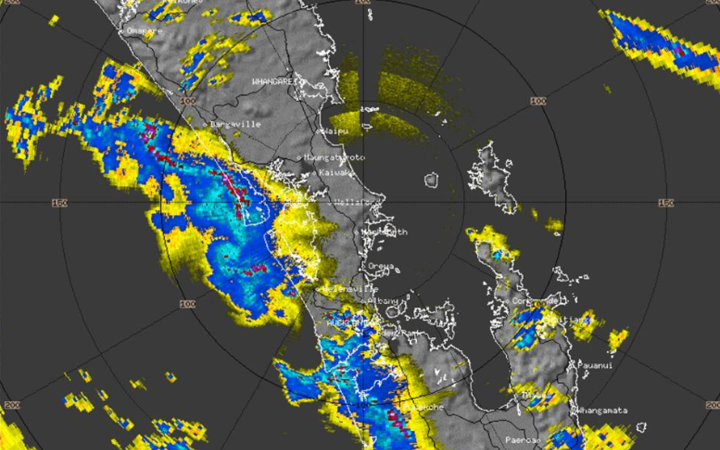 It says an unstable northwest flow might bring severe thunderstorms, and possibly damaging winds of more than 100 kilometres an hour.

Lightning ⚡️ has increased a bit just off the west coast of the upper North Island (yellow dots).

It says winds that strong can cause structural damage, affect trees and powerlines, and there is a chance of localised tornados.