The packages of cocaine that washed up on west Auckland's Bethells Beach were likely destined for Australia and could have been at sea for about a year, police say. 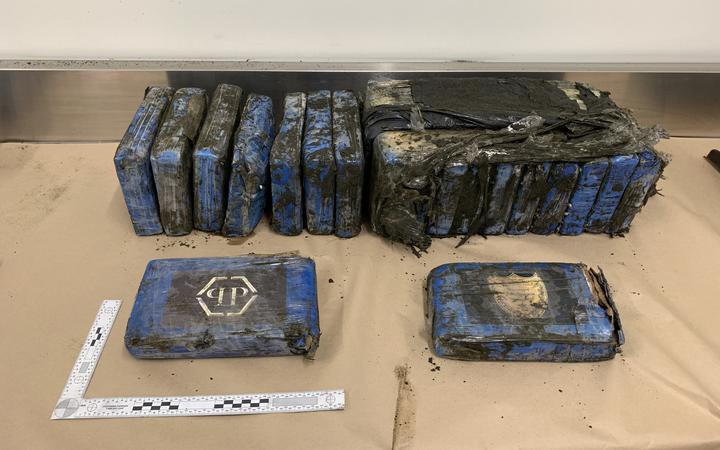 It is believed the cocaine would have a street value of around $3 million dollars. Photo: NZ Police

Twenty packages containing cocaine were found washed up on the beach on Wednesday evening.

It is believed to have a street value of approximately $3 million.

In a statement, police said they believe the drugs could have been destined for Australian shores.

"In August 2018, a rigid inflatable boat was seen by Australian Border Force and Defence patrols off the northern New South Wales coast heading towards the mainland, and authorities were sent to intercept it," Police said.

"The two occupants of the inflatable were seen offloading the cocaine into the sea, and they were arrested.

"Of the cocaine that was offloaded, the majority has been recovered.

"Some was located along parts of the eastern coastline of Australia, from northern Queensland down to New South Wales.

"The product found on Bethells Beach appears to have been part of this same shipment and has drifted here over the last year, as the markings and packaging of the drugs is consistent with that seized in Australia."

The police Eagle helicopter has concluded a wider search of the area without turning up any more packages.

Police said they will conduct regular patrols to check if any further items wash up.

"There remains a small possibility of further packages turning up, and we would reiterate the importance of contacting police if you discover any suspicious or concerning items."