Hundreds around the country are gathering at protests as part of the Ihumātao national day of action. 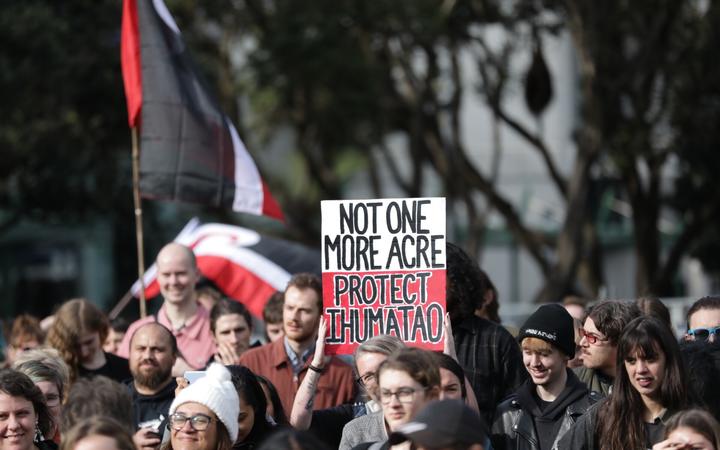 Hundreds around the country are gathering at protests as part of the Ihumātao national day of action. Photo: RNZ / Ana Tovey

In Wellington, hundreds of people have gathered outside Parliament to stand in solidarity with those at Ihumātao, while another 150 people, turned up at Pakaitore today, the site Māori occupied for 79 days in 1995.

About 150 people, mostly kura kaupapa kids, turned up at Pakaitore today, the site Māori occupied for 79 days in 1995.

They wanted to show solidarity with those at Ihumātao.

Iwi leader Ken Mair says it's as simple as the land was stolen and should be returned. pic.twitter.com/rnmxvXB2Md

It comes after increased police presence at Ihumātao last night, with dozens of officers lined up blocking Ihumātao Quarry Road, and crowds of land defenders standing in front of them.

A RNZ reporter in Wellington said it was clear that following calls on social media, and the events last night, people wanted to be part of the demonstration to show their support to the kaupapa. 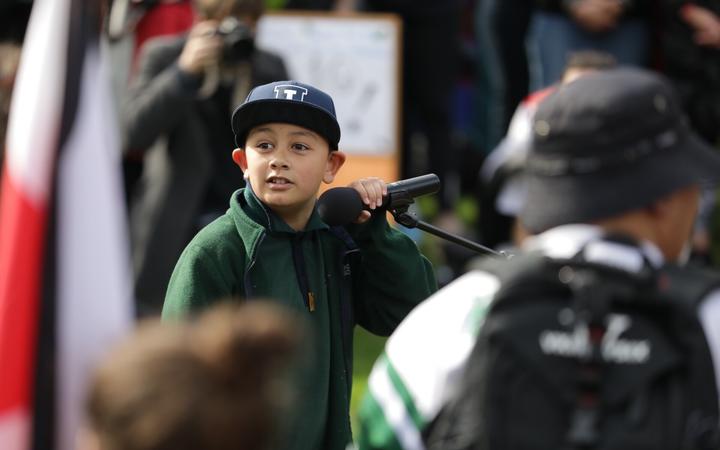 A call went out on social media last night asking people to join in the day of solidarity. Photo: RNZ / Ana Tovey

In Dunedin, people are being encouraged to attend an educational session and learn about Ihumātao.

More than 15 people arrived at the event just before midday with plans to create a mural for those occupying the land at Ihumātao. 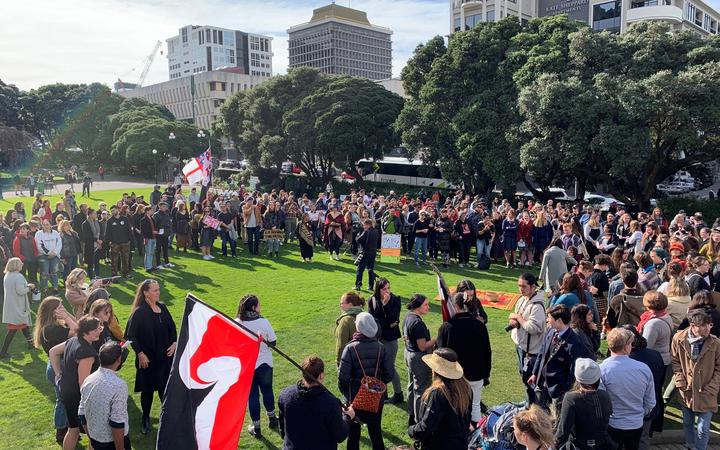 Hundreds of people have gathered outside Parliament in solidarity for those occupying Ihumātao. Photo: RNZ / Māni Dunlop

This morning about 80 people protested outside Fletcher Building's Auckland headquarters against the company's proposed development at Ihumātao.

The rally was part of the national day of action, with four protests taking place around the country.

The protests were organised before police numbers increased at the site last night. 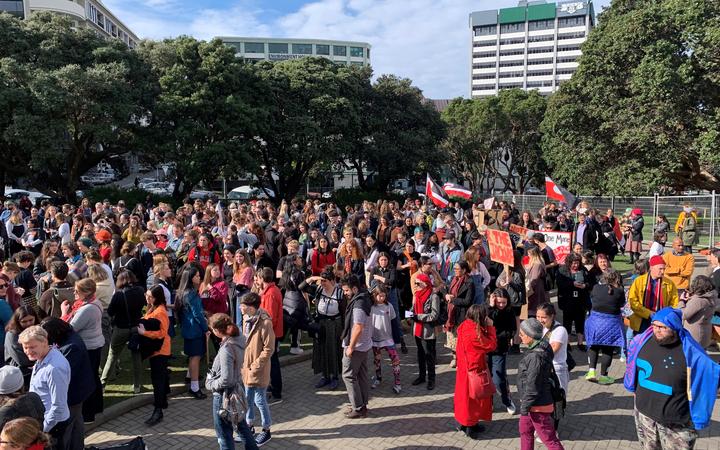 Cathy Casey and Efeso Collins said they are concerned at the increase in police numbers overnight.

Mr Collins said the police need to be told to calm down and back off and Ms Casey has called on the Government to show good faith in their commitment to resolving the crisis by reducing the police presence.