By George Block of the Otago Daily Times

A Balclutha man says his disabled wife is smiling again after an 11th-hour reprieve meant she will not be deported today. 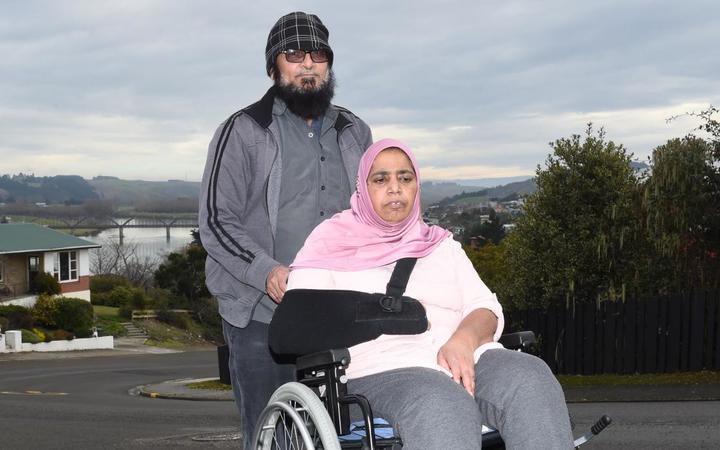 Wheelchair-bound stroke victim Firoza Begum, 57, was due to fly to Fiji with husband Mohammed Kalim, 63, in accordance with an Immigration New Zealand deportation order.

But the efforts of two MPs and the pro bono work of a Dunedin law firm mean Mrs Begum will not be boarding a plane today and the future appears a little brighter in terms of keeping the family together in Balclutha, where Mr Kalim is a meat worker at the Finegand plant.

Wilkinson Rodgers Lawyers managing partner Geoff Mirkin said he and others at his firm were busy yesterday working on the case and talking to Immigration NZ, which had made several errors in the case.

"There's clearly been a number of administrative errors within Immigration New Zealand but they've been great to deal with. We've had a really productive discussion clarifying the situation and exploring options as to what we can do."

Immigration NZ had assured him no deportation order would be issued for the time being, he said.

An Immigration NZ spokeswoman confirmed last night no compliance action was being taken "at this time", but declined to comment further as a request for ministerial intervention had been received.

Mr Mirkin also declined to be drawn on the nature of the errors.

However, emails supplied by Mr Kalim show an immigration officer apologising in March this year for forgetting about his wife's application for her annual visa, before saying she did not meet health requirements.

"I've forgotten all about her application and filed it away with yours," the adviser wrote.

"I've obtained the application and have found that she did not meet health requirements."

Immigration NZ subsequently said further medical tests were needed, which were unsuccessful, and a deportation notice was issued.

In 2016, Mrs Begum suffered a severe stroke while working as a deli assistant at New World in Balclutha, but obtained visas without issue in 2017 and 2018.

Mr Walker said he was thrilled by the latest developments and paid tribute to Mr Kalim's contribution to the community as a senior member of the halal team at Silver Fern Farms.

Mr Kalim said his wife had been racked with worry and was feeling lonely before the good news broke yesterday.