The only underground lift in the southern hemisphere, the hand-dug Durie Hill Elevator, is celebrating its centenary in Whanganui this week. 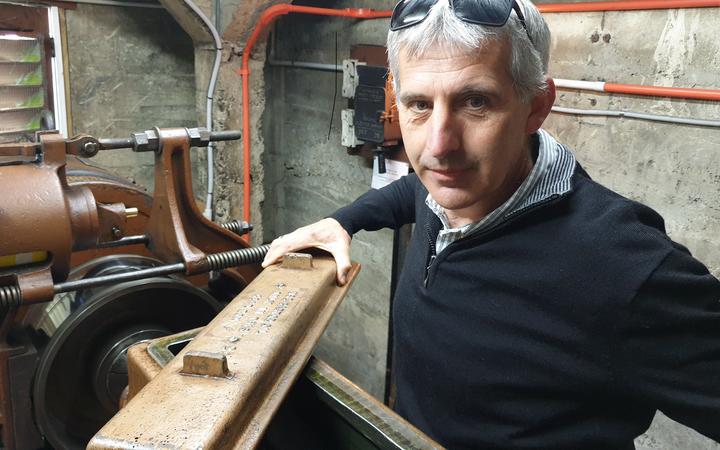 Privately built, it descends 66m into Durie Hill before connecting to a 213m-long tunnel which emerges on to Anzac Parade.

Their aim was to better connect the "garden suburb", which enjoyed panoramic views over the Whanganui River, to the city centre.

"They worked basically for three years. They had two slips in the one day when they started at the entrance of the tunnel and that did collapse on some stables so there was a delay at that point. But you've got to remember that this was constructed during the war so there was a limited amount of labour available."

The Wilsons gifted the elevator to the Whanganui council but it still faced a challenges including when its direct current electricity supply was shut down in the 1950s with the demise of trams.

Mr Tantrum said that required the installation of a brilliantly-named "mercury arc rectifier". 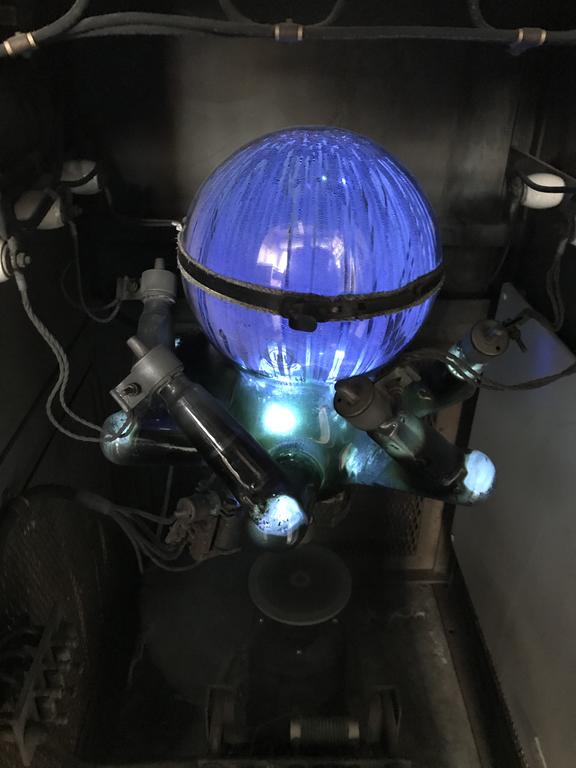 A spooky device, which would not be out of place in an episode of Dr Who, converts alternating current electricity into direct current, while all the time putting on a fantastic light show.

"You can see the pool of mercury in the base with the arc flashing around there. There's a fan spinning around underneath cooling the mercury in the pool at the bottom there. And so it's just a glass bowl with electrodes off the side and a purple arc in the bottom lights up the whole glass bowl," Mr Tantrum said.

That power drives the original 500 volt, 34-horsepower Smith, Major and Stevens motor shipped out to New Zealand a century ago.

The elevator carries about six people. Mr Tantrum described the mechanics of the engine room.

"That's our motor engaged, running through the drive shaft, through the reduction box and the sheath you can see turning is lowering the car. Under the cover here you can see the slides for the speed drive and that's putting the power onto the motor.

"When we get down low enough the power will cut to the motor and it doesn't freewheel but it will sound like that and then you'll see the brake grab."

Raewyn Tangaroa has been an operator at the Durie Hill Elevator for almost three decades.

She said it was a family affair.

"My father Jock Hood started here in 1969 and he finished in 1984. Then my sister Zena Mabbott, was the first woman to ever work here in 1971 and then I'm the 29 year person and Zena's daughter Charlene, she's done 19 years with us and Zena's grandson Ramon does a bit of work experience here so that's four generations of us haunting this place." 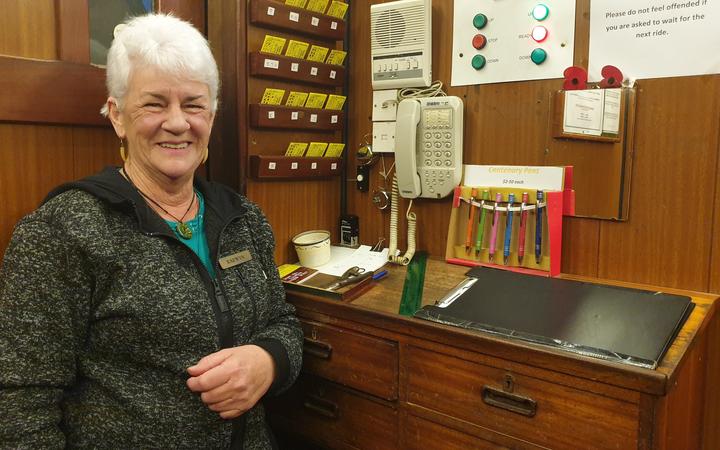 Raewyn Tangaroa has been an operator at the Durie Hill Elevator for almost three decades. Photo: Photo / Robin Martin / RNZ

Ms Tangaroa had witnessed a marriage proposal in the car, but her favourite elevator tale took an altogether different turn.

"Another time I had two young women in here, it's quite a while now, and one of them says 'is there somewhere up here I can change into my costume?' and I said 'well why don't I just let you change in here'. Anyway she was a stripogram girl and she was going to visit one of the people up there [on Durie Hill] but she never told me who she was visiting. I would've liked to have known."

Local historian Penny Robinson was also a regular commuter on the elevator.

RNZ caught up with Dr Robinson in the tunnel.

"Well it's got wonderful acoustics and it's great fun when you've got small children with you and you can suggest that they make all sorts of noises so the echo comes backwards and forwards [down the tunnel].

"At one stage they did some recording in the front with a musical quartet which was beautiful." 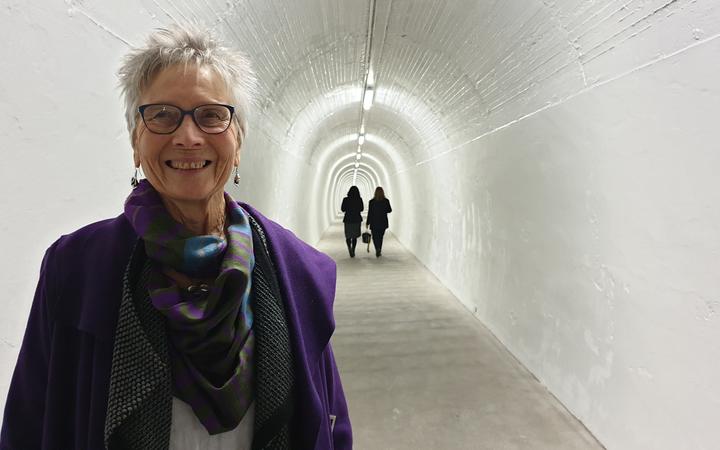 At $2 for a one-way trip Dr Robinson reckoned it was well worth the outlay.

"I love coming here in the summer when it's cool and really hot outside. I enjoy the company of the operators. It's a really good way of connecting with community. You come down the elevator and have a conversation with somebody. You wander down and meet somebody else. I think as a community connection it is great as well as anything else."

The Durie Hill Elevator is now Whanganui's most popular attraction and in summer up to 3800 people visit it every month.

Centenary celebrations for the engineering wonder, including a market and the issuing of commemorative tickets, will be held on Durie Hill this Saturday. It's the first event in the inaugural Whanganui Heritage Month which runs until 15 September.