Mitchell Paterson's body was thrown off a bridge after he died in a choke-hold. At the sentencing of the man who choked him, his father says what happened was a cowardly act.

Simon Peter Walker, 36, was sentenced in the High Court in Hamilton today to seven years in jail after pleading guilty to the kidnapping and manslaughter of 26-year-old Mitchell Paterson in July last year.

He was also sentenced for conspiring to obstruct justice and interfering with human remains.

Wilson ordered his associates to find Mr Paterson and bring him in to talk to after believing Mr Paterson had been bad-mouthing him.

He was found by Walker and held in a choke-hold in the back of a car by him during a trip lasting five to eight minutes. On arrival he was found to be dead.

His body was later thrown off a bridge just below the McLaren Falls in Bay of Plenty.

In a victim impact statement read to the court, Mitchell's father Craig Paterson left Walker in no doubt how he felt.

"Walker, you have no idea what you have done to our family and close friends and I doubt you even care. To treat my son as a bag of rubbish, you are a despicable person and I despise you with every bone in my body."

"To watch my strong-willed, determined, courageous, funny wife change to a wretched, broken-hearted, grief-stricken, quiet person has deeply affected myself, our family and close friends."

He said his son loved three things in his life: his Mum, his seven-year-old daughter, and trucks.

Mitchell's mother, Valerie Paterson told the court that her son was the silent voice at the sentencing and while he has no say, it was up to her.

"Our loss is unnatural and it challenges our emotions every day. It causes pain and we struggle with happiness in every way."

Mrs Paterson said Mitch was their only child.

"He was the only one to call me Mum - the only gift of life that I gave to this world has now been taken away from me forever."

"Did you for one minute even think of anyone else on that night when you took our son? If you had thought for just one minute about what you were doing then Mitch would not be dead and none of us would be here today," she said.

Mrs Paterson said her son was a great help when she was diagnosed with cancer.

"Mitch was there for me, chatting to me all the time, continually making sure that I was okay."

She said that when she got the news her cancer had returned and she would have to face dealing with the disease again, she knew it would be different without her son around.

"I knew there wasn't going to be that constant chatter coming from that familiar voice, instead there would be silence, a void."

Crown Prosecutor Jacinda Foster called for a starting point for sentencing of nine or 10 years.

"The genesis of this offending, in the context of serious crime, and that is the kidnapping here, and the gang association, makes this offending particularly serious offending of its type."

Walker's lawyer Kerry Tustan said her client acknowledged the considerable pain he had caused to the Paterson family. 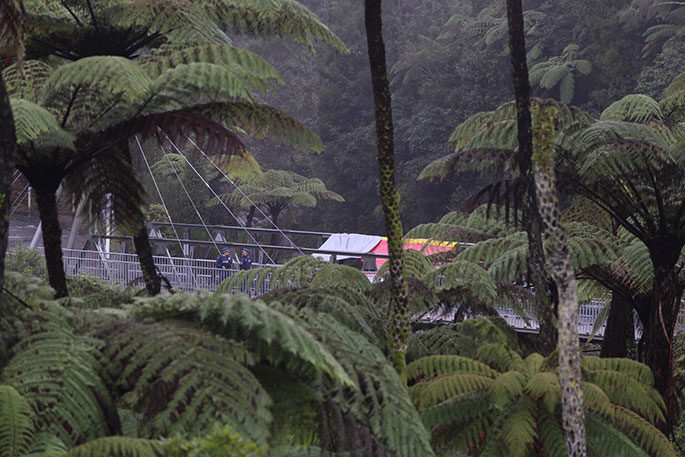 "The facts themselves reflect badly, of course, on Mr Walker.

"They show the lack of insight he had that night. It shows the inherent problems of being involved in a gang environment and coupling with that a propensity to use violence and abuse of methamphetamine."

The court heard that Walker had nine previous convictions for violence.

Justice Peters told Walker that while a total of eight people played different roles in Mr Paterson's death, he was there for every part of it.

"Whatever Mr Paterson may have done nothing could possibly justify anyone, let alone several grown men setting out like vigilantes to kidnap him."

Justice Peters accepted that it was not part of the plan to kill Mr Paterson.

"But even on the best scenario, it was never going to end well for Mr Paterson."

She acknowledged Walker had tried to resuscitate Mr Paterson, but said the only proper course of action was to call 111.

Justice Peters accepted that Walker had been shocked by Mr Paterson's death and that he was remorseful.

Five people have now been sentenced for their part in the death and another three who were found guilty at a trial that ended last week will be sentenced next month.