The four men killed in a crash between a logging tuck and a van at Kaingaroa Forest, Bay of Plenty, yesterday have been confirmed to be forestry workers. 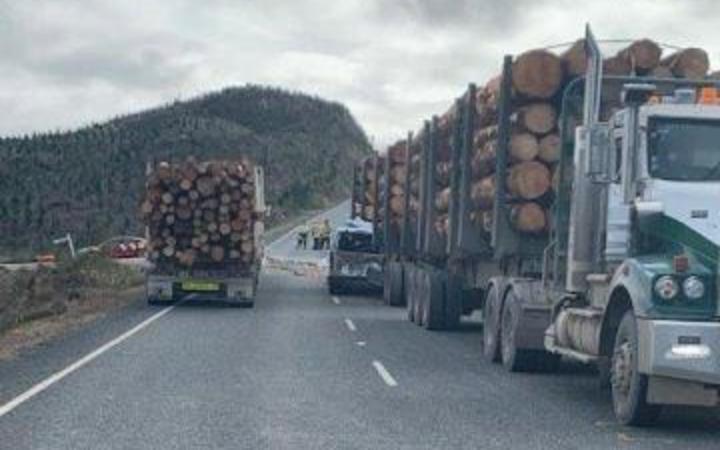 The scene of where the crash happened at Kaingaroa Forest at Bay of Plenty. Photo: Supplied / NZ police

The crash happened on a private forestry road. The truck driver was shaken but uninjured.

The names of the men are yet to be released.

A fifth man was injured and was taken to Waikato Hospital.

Forestry company Timberlands said the men worked for a contractor to the company.

He said like everyone else in the area, the company was shocked and saddened by what happened.

Mr Green said the company passed on its condolences to the families, whānau, and to everyone affected by the crash.

He said Timberlands was ready to provide assistance to the families, but police have asked the company not to approach anyone until they have completed their own process for notifying next of kin.

Mr Green said the company was not aware of any other accidents at the site of the crash.

WorkSafe has confirmed it is investigating the death of the four forestry workers.

It said staff were meeting with police today to inform them of WorkSafe's next steps.

It said the investigation will take some months.

On Monday, WorkSafe said it would only become involved if police identified any workplace related elements to the crash.