An engineers' group is backing a trial to remove cars from a downtown Auckland street, saying it's the first step in a paradigm shift to put people rather than cars at the heart of the city. 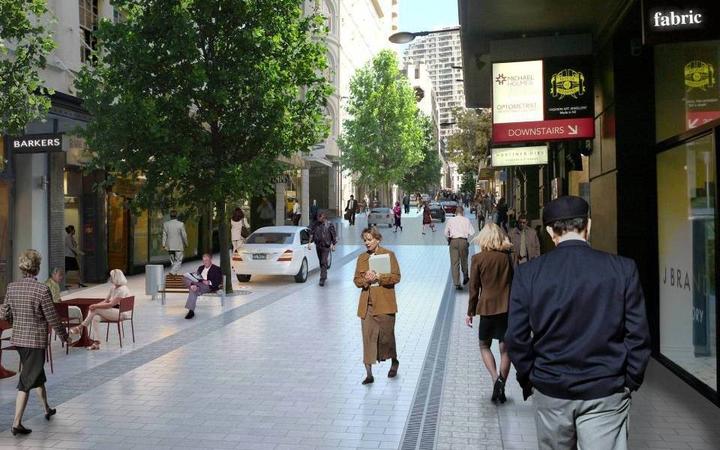 It would make Auckland's City's central street inaccessible to all vehicles except for buses, delivery vehicles and rubbish trucks.

Trials to remove cars from largely retail High Street are due to start this year.

Association of Consulting Engineers' chief executive Paul Evans said the road was a mess, with cars parked everywhere. He said getting rid of them would be good for business and people.

"For every car that goes down High Street, there's actually 14 pedestrians, so by making it a friendlier place that will encourage more into there.

"That will give opportunities for new businesses to develop, as well as the current businesses to thrive - and it will make it safer for people as well."

"Over the next decade public transport capacity will increase by ... up to 370 percent with rail, light rail, buses and ferries bringing hundreds of thousands of people into the city," principal urban designer George Weeks had previously said.

"Access for everyone prioritises movement between zones for trains, buses, and light rail vehicles."

"By removing the discretionary layer of car traffic you free-up street space to other functions.

"It allows us to prepare the streets for light rail construction years before it's actually built, minimising disruption to business."

"It was the number one most publicly-supported project in the City Centre Master Plan in 2012, so you have the mandate from the public."