Romania's interior minister has fired the chief of police after the murder of a teenage girl whose repeated emergency calls went unheeded for hours. 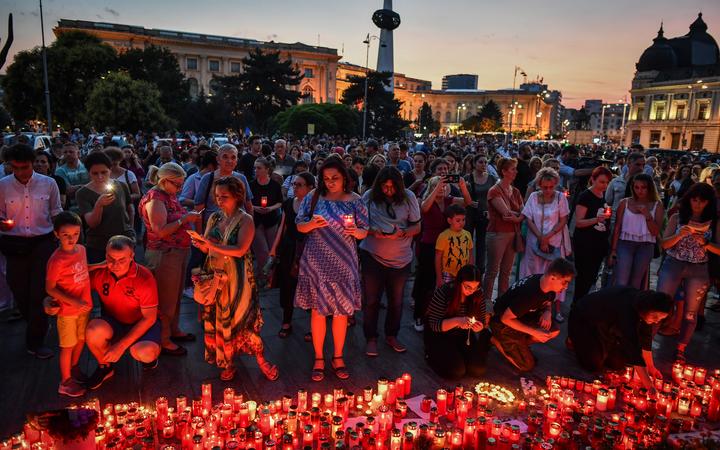 The 15-year-old was abducted on Wednesday, but managed to make three calls and give officers details about where she was being held.

Her family say officers did not take her calls seriously, while police say they had difficulty tracing her.

The girl is thought to have died at the hands of her captor.

Police found human remains and jewellery the girl wore at a house, and have detained a 65-year-old man for questioning.

The girl, who has only been identified as Alexandra, was kidnapped while trying to hitchhike to her home in the southern city of Caracal, police say.

On Thursday morning, she called the emergency hotline 112 three times, and said she had been abducted by a car driver who had picked her up, AFP news agency reports.

According to police chief Ioan Buda - who has now been sacked - Alexandra yelled "he's coming, he's coming", before the call disconnected.

The authorities say they initially struggled to track down the location she called from.

They identified the house where they believed she was held at 3am on Friday, AP news reports, citing local media.

However, police then applied for a search warrant - even though it was not legally required - and waited until the morning to enter the house.

They did not search the property until 19 hours after the girl's final emergency call.

Police have sent off the human remains for analysis - and suspect they could belong to Alexandra, as well as an 18-year-old who went missing in April, Reuters reports.

Interior Minister Nicolae Moga said the police chief had been dismissed "because drastic measures are required".

The interim general prosecutor Bogdan Licu, meanwhile, told TV station Antena 3: "Why [police] waited... must be clarified. A girl who by all indications could have been saved has died."