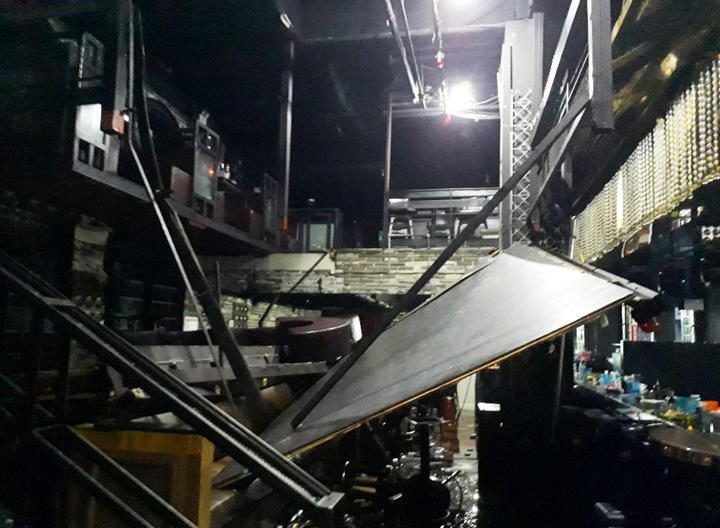 Several hundred people were in the Coyote Ugly club when the mezzanine floor collapsed. Photo: AFP

Seventeen people were injured at the Coyote Ugly club when the mezzanine floor collapsed in the packed Gwangju nightclub, including several athletes at the World Swimming Championships, Yonhap news agency reported.

A mezzanine floor and staircase inside the Coyote Ugly nightclub collapsed at 2.29am local time on Saturday, while about 370 people were inside.

At the time, several water polo teams were at the club, which is near the athletes' village.

All members and management of the senior men's and women's water polo teams were safe and accounted for, he said.

The teams would leave for New Zealand today, as scheduled today.

The New Zealand men's water polo captain Matt Small told media that they were dancing, when suddenly they dropped five or six metres and the floor collapsed beneath their feet.

The teams were competing in the Gwangju World Swimming Championships.

A male diver and a female water polo player from the United States team were also slightly hurt.

"This is an awful tragedy," said Christopher Ramsey, head of USA Water Polo.

"Players from our men's and women's teams were celebrating the women's world championship victory when the collapse occurred at a public club.

"Our hearts go out to the victims."

Members of the Australian water polo team were also in the club but escaped without injury, Water Polo Australia said.