A Whanganui heritage building extensively damaged by fire at the weekend cannot be saved. 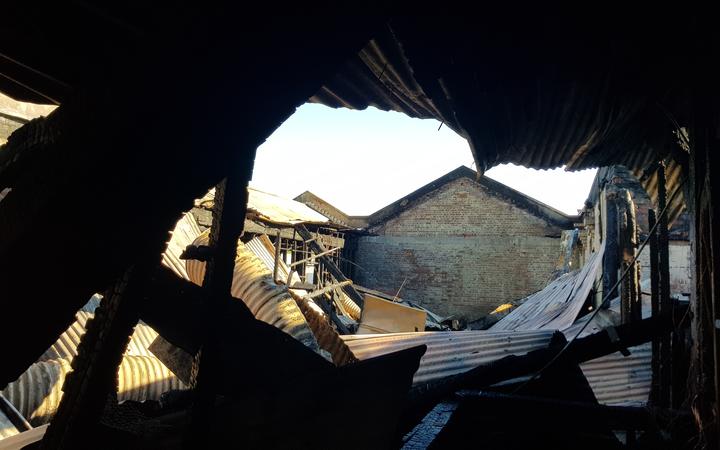 Fire damage to the Thain's Building at the corner of Taupō Quay and Victoria Avenue. Photo: Photo / Supplied

Whanganui District Council chief executive Kym Fell said an independent engineer had been brought into assess the site and risks presented by what remains of the Thain's Building at the corner of Taupō Quay and Victoria Avenue.

"Unfortunately, as a result of the advice we have received, and in the interests of public safety, we are left with no choice but to issue a notice to demolish the building."

It was evident the building's supporting structures have been damaged beyond repair.

"There is essentially nothing holding it up and very little that can be salvaged. The fire has ripped through both upper storeys and left the building very unstable."

A 42-year-old injured in the fire is being treated at the Lower Hutt Burns Unit, while a 46-year-old has been discharged from Whanganui Hospital.

Mr Fell said the Thain's Building had heritage listing in the district plan and the decision to demolish did not come easily.

"The heritage values of this building were recognised in its Class B listing in the Whanganui District Plan and along with a significant number of community submitters, the council opposed a resource consent application for demolition in 2018. As a Council, we have worked hard to retain this building, so this is not a decision we are making lightly."

Mr Fell said he visited the site with owner Bryce Smith and the city's building control manager Greg Hoobin on Monday to better understand the situation and look at how the council could support those affected. 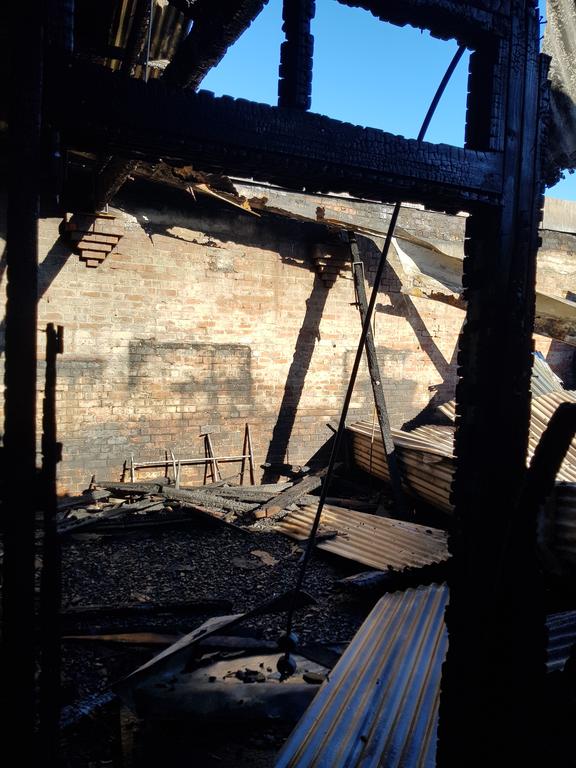 Mr Smith and Sue Cooke, who bought the Thain's Building in 2018, said they had accepted it must come down.

"We had the best will in the world to renovate and maintain the building and were very invested in it as a part of Whanganui's heritage legacy," Mr Smith said.

"Unfortunately the damage caused by the fire has been too extensive and we now have a structure that presents immediate and significant risks to the public."

Mr Smith said they were investigating for scanning the building's remaining facade and heritage features to see if they could be replicated or incorporated in the design of a future building on the site.

He said at the moment they were focused on the safe removal of the building.

"Our intention initially will be to create a green space in the area, but the immediate priority must be to ensure there is no danger to the public."

"Heat has not only destroyed the framing of the building, it has also damaged the mortar between the bricks.

"The building is unstable and largely inaccessible and unfortunately, the extent of the damage leaves the owners with very few options.

"Temporary bollards and on-site security are in place to ensure the safety of the public. These will be replaced with chain link security fencing in the next few days. We also have Civil Defence and Downer personnel on stand-by in case of high winds, as roofing iron is currently unsecured, but cannot be safely reached.

"We will also assist with a controlled exit strategy," said Mr Hoobin, "This will enable tenants some limited and monitored access to certain areas of the building so that they can retrieve essential belongings."

Adjacent restaurants La Quattro and Thai Villa were currently unable to operate from their current premises, as there was a high risk that parts of 1 Victoria Avenue could collapse, impacting those buildings.

Mr Fell said the council's business arm Whanganui and Partners had been asked to provide support to affected businesses and to assist them to resume trading as quickly as possible.