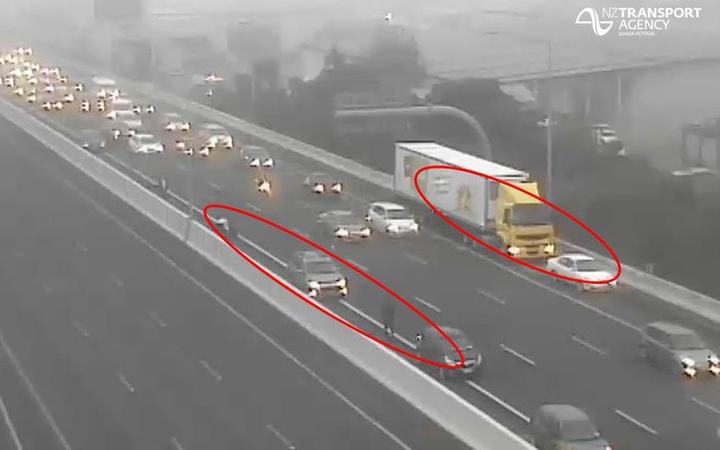 A crash on the Northwestern Motorway. Photo: Twitter / NZTA

Both crashes have been cleared but emergency services remain at the scene and motorists are advised to allow extra time for the morning commute.

Another crash on the Northwestern Motorway is causing delays after Lincoln Rd. There is heavy congestion near Westgate area.