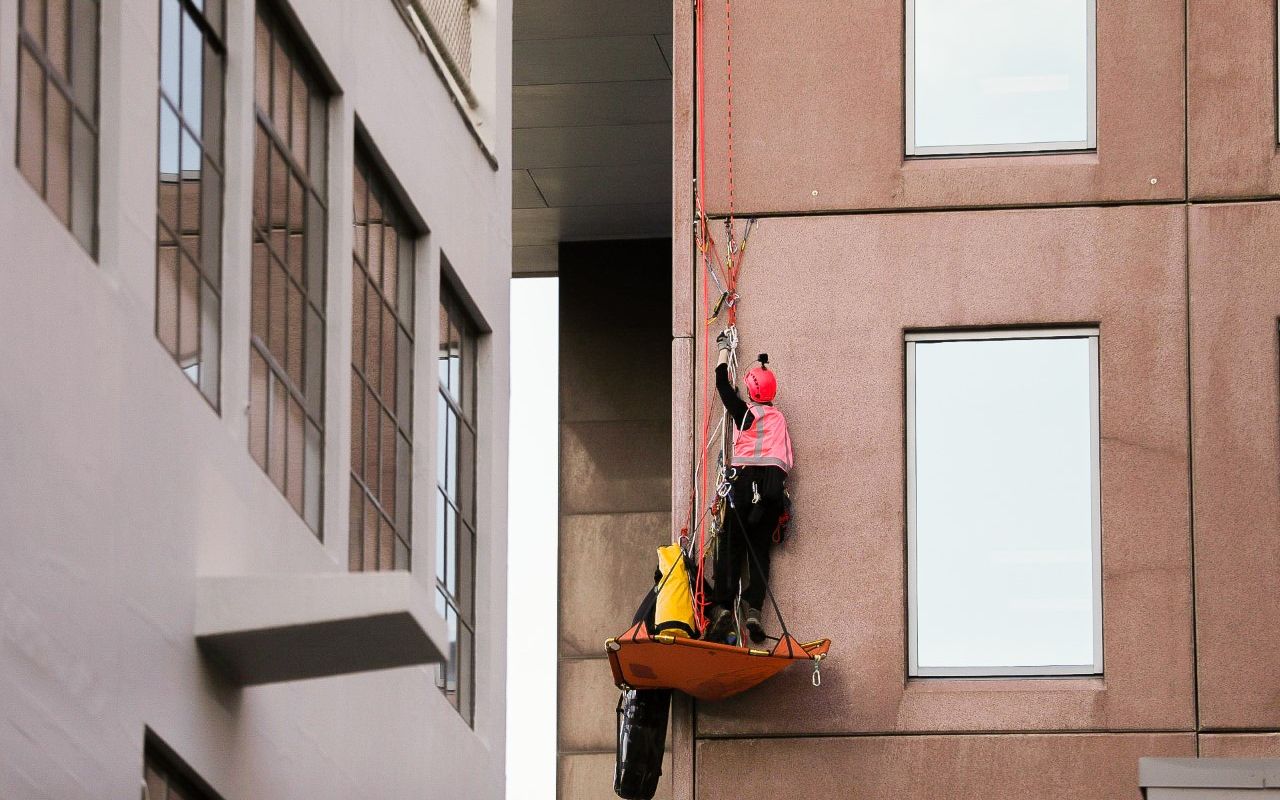 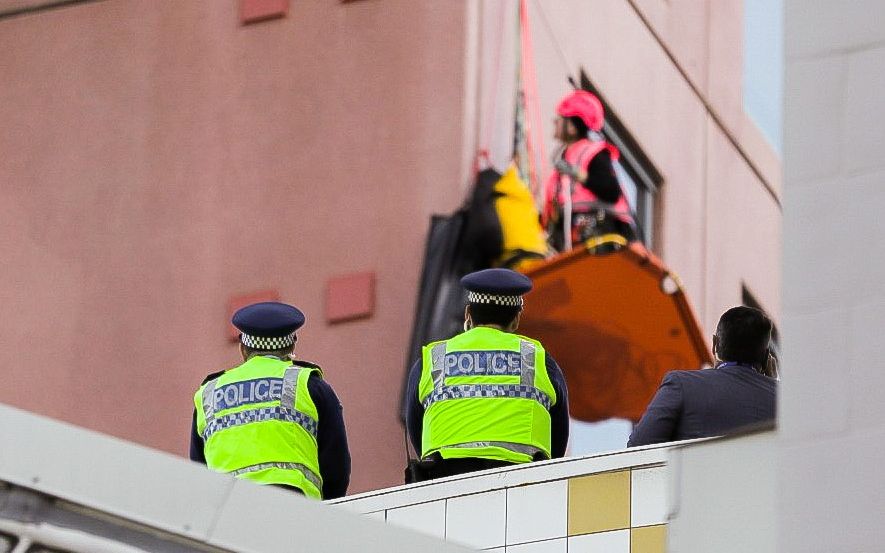 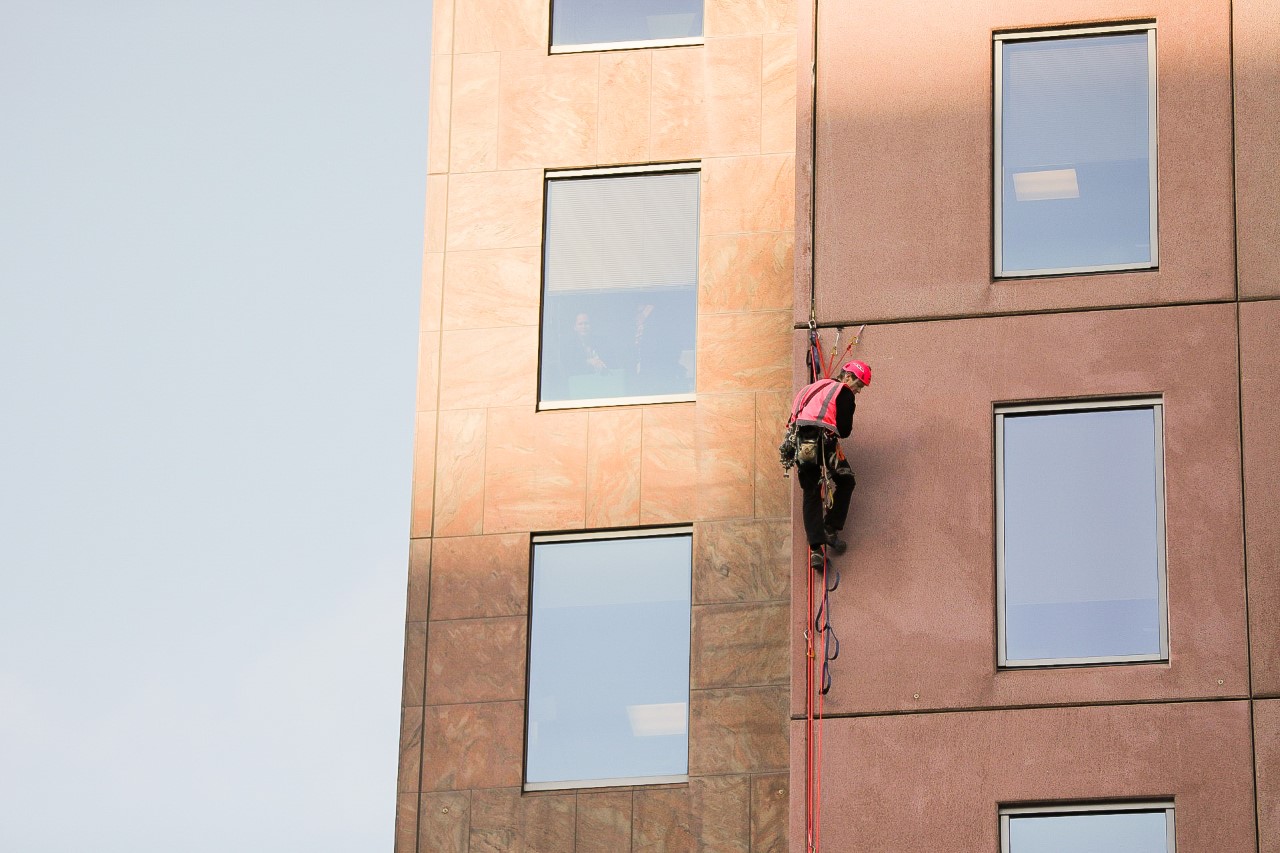 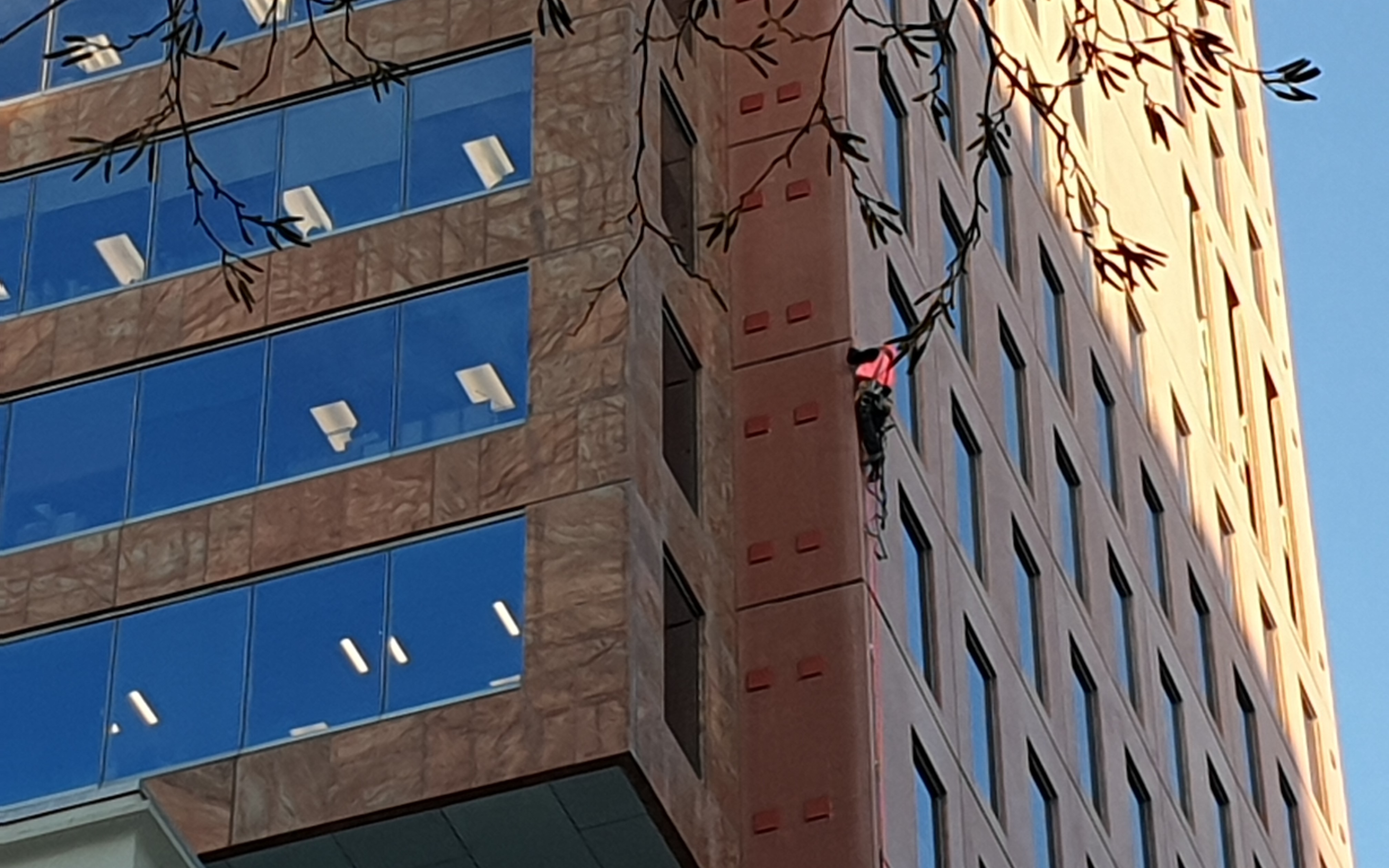 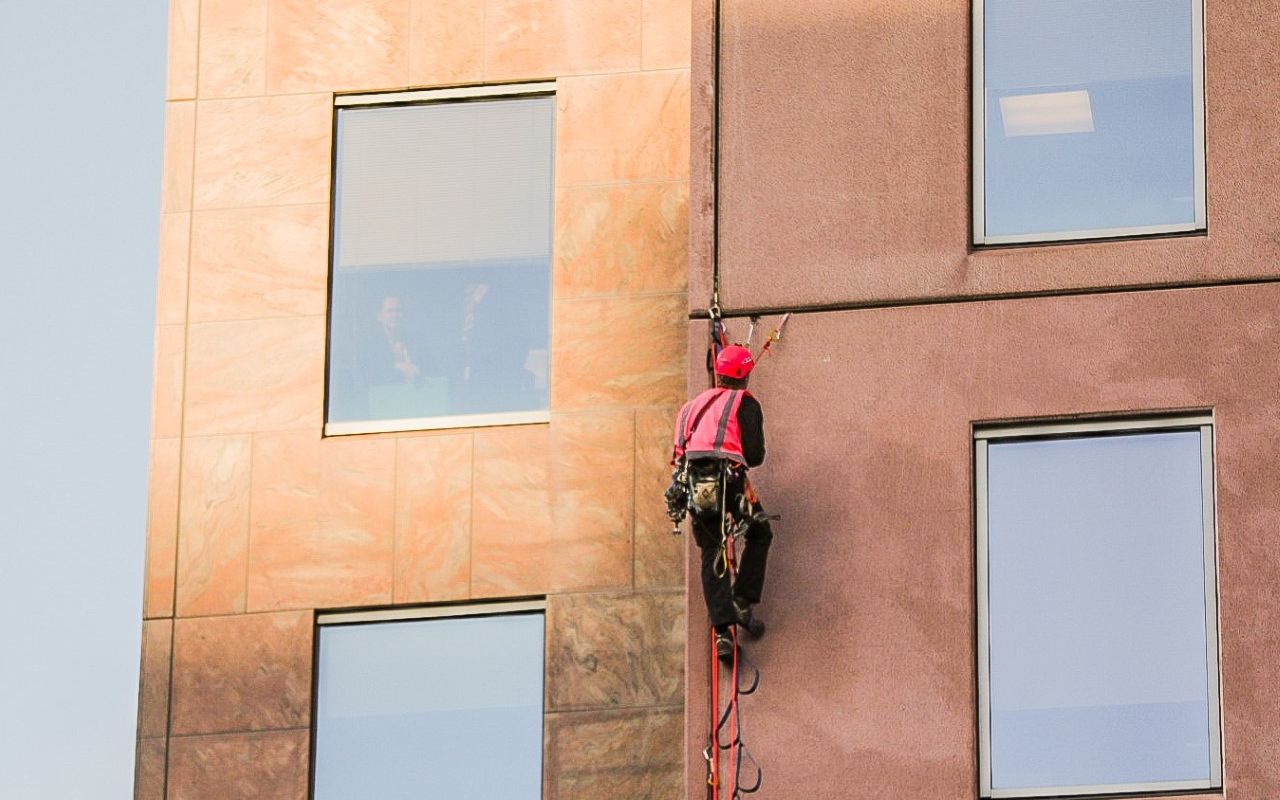 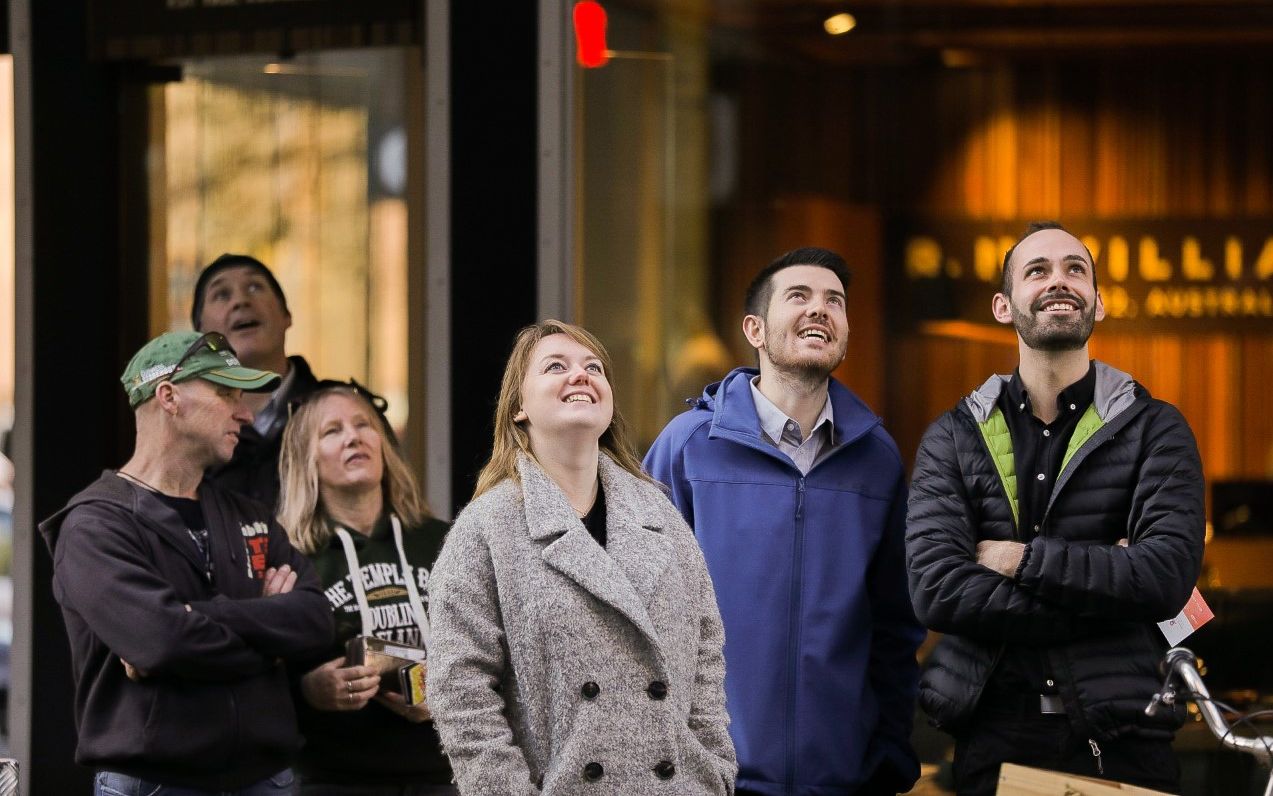 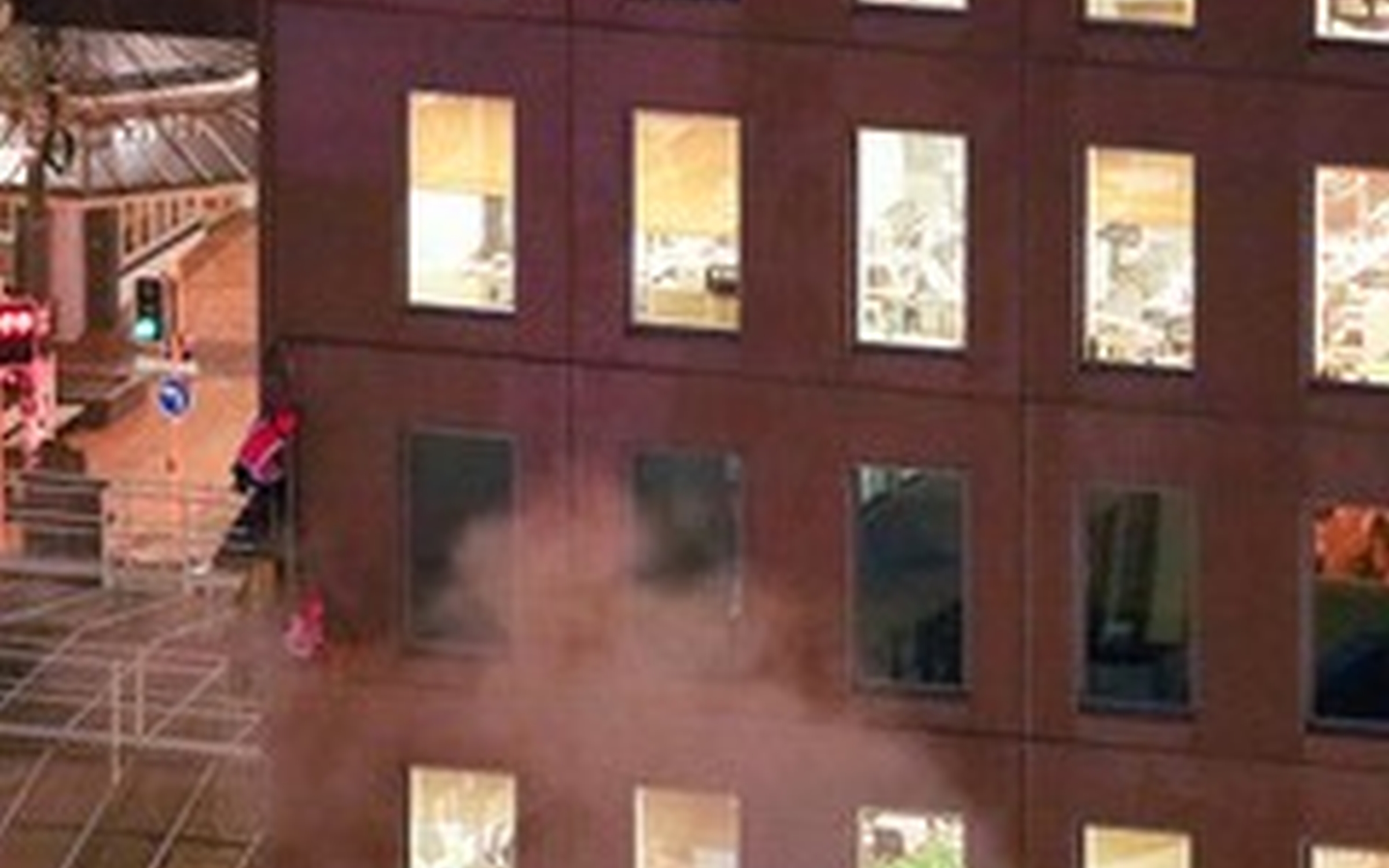 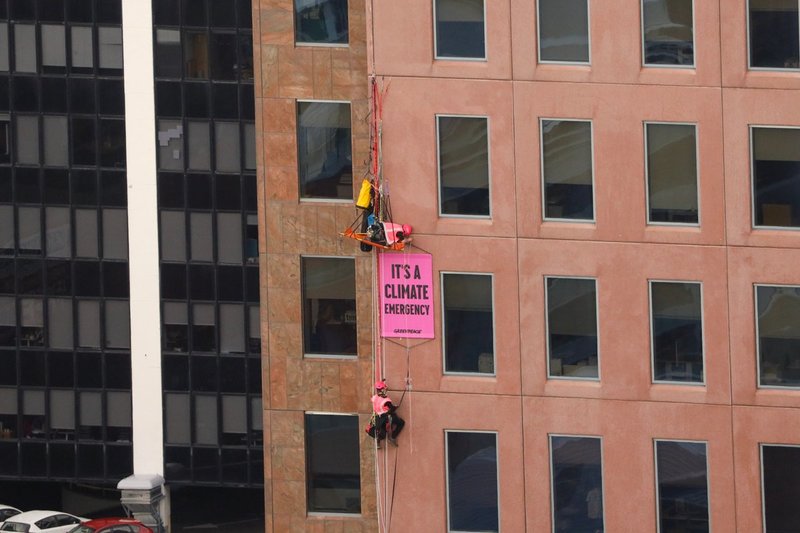 Abigail Smith and Nick Hanafin climbed to the 20th floor of the building where oil company OMV has its offices.

As they made their way up the building the activists unfurled a large banner saying 'It's a Climate Emergency'.

Police say the pair was arrested shortly after 9pm for trespassing at the Majestic Centre.

Earlier this morning, Greenpeace in a statement said Abigail Smith and Nick Hanafin started climbing the Majestic Centre and were expected to take all day.

They were attempting to the 20th floor of the building to "deliver a message".

The protest was against the arrival of a self-propelled drill rig, to be used by OMV to drill exploratory wells off the Taranaki Coast and in the Great South Basin, Greenpeace said.

The oil company has applied for a marine consent to operate in the southern ocean, and earlier this year started a maintenance project at the Pohokura platform off the coast of Taranaki.