The latest report into the health of Taranaki streams and rivers indicates freshwater quality is improving across the province, but not everyone is convinced by the data. 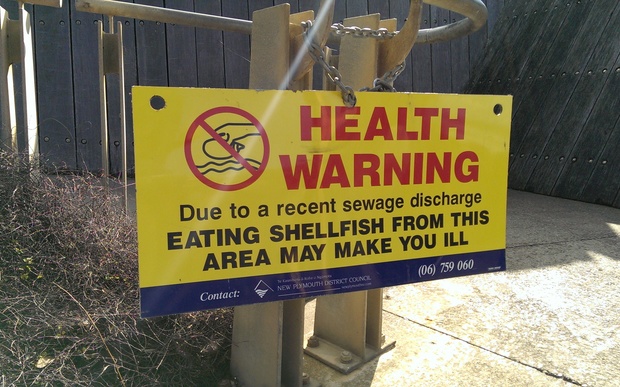 The Taranaki Regional Council's annual state of the environment report focusing on the ecological health of waterways shows significant improvements in the long-term trends for 27 of the 59 sites it monitors.

The council surveys the number of tiny creatures living at the sites - which cover 26 different catchments - twice a year and has records going back 23 years.

But the findings of this report are in stark contrast to the council's recent annual physico-chemical report which found only 25 percent of Taranaki waterways met swimmable standards.

Director of environmental quality, Gary Bedford, told a meeting of its policy and planning committee that ecological health - which examined the macroinvertebrates living in streams and rivers - was its prime measure of freshwater quality.

Mr Bedford said the physico-chemical report, which measured the turbidity, bacteria counts and nutrient levels in waterways was indicative only.

The number of creatures actually living in a waterway was a better measure of its ecological health, he said.

Seven sites had recorded there best ever macroinvertebrate numbers while one had its lowest ever count.

The National Policy Statement on Fresh Water Management does not set a compulsory minimum standard for macroinvertebrate counts, but it requires an intervention plan if their numbers fall below a score of 80 on a macroinvertebrate index.

Councillor Charlotte Littlewood, however, asked why macroinvertebrate numbers at about 22 sites were trending down or had plateaued since 2012.

Mr Bedford acknowledged there had been a plateau over the past decade.

He said there were a number of factors potentially at play including the shorter term of the data set and the influence of significant weather events.

Iwi representative Emily Bailey took issue with the language of how the macroinvertebrate scores were recorded.

"Up to 48 of the streams measured are polluted using those measures," she said.

Mr Bedford said he took issue with the language the ministry used which implied that pollution was the only influence on macroinvertebrate counts.

Low counts were also caused by shallow, slow and warm flows without shading or diversity of habitat, he said.

Mr Bedford said the long-term trend of improving ecological health of Taranaki streams and rivers was expected to continue as the influence of riparian planting grew and farmers switched to land-based effluent disposal.