A 78-year-old New Zealand permanent resident says she feared being deported back to the UK after officials in Brisbane couldn't read her electronic visa and scoffed at letter from Immigration New Zealand she was carrying as back-up. 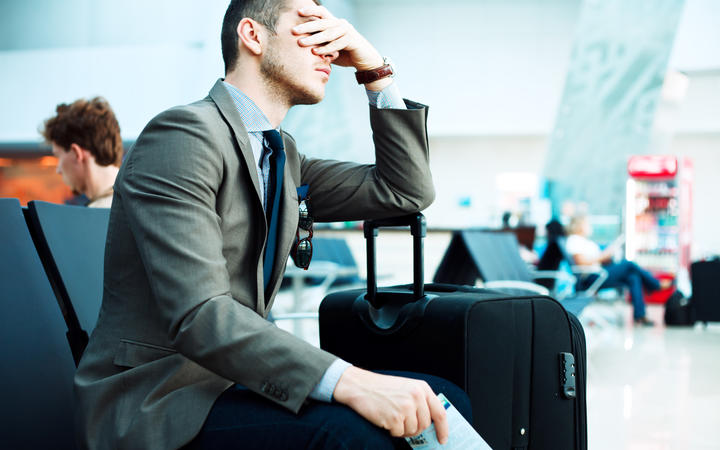 New Zealand permanent residents say they feared being deported back to their previous countries due to issues processing eVisas at border controls. Photo: Photo / 123RF

And Australia is not the only country that has problems reading New Zealand e-visas, with travellers reporting issues in China, Germany and even on return to Aotearoa.

Immigration New Zealand, however, said it had issued more than 1 million e-visas and was not aware of any issues for travellers as a result of using one.

Last week RNZ revealed the immigration service had been issuing permanent resident electronic visas and in the same breath insisting visa-holders carry a letter confirming they have those very same visas.

The service warns that without the letter people may not be able to board planes flying to New Zealand or face delays at border control.

But the letter proved of little use to Lynne Holden when Australian officials couldn't read her eVisa on her return from a European holiday last month.

"Arriving in Brisbane from Greece I was told that there was a very good chance I'd be shipped back to Britain, which was so alarming and I said 'why would you say that to me?' and they said 'well there's this piece of paper but you don't have a visa in your passport'."

A Waikouaiti resident, who has lived in New Zealand since 1994, Ms Holden said the situation was frightening.

"I felt like I was going to have a heart attack. I felt terrified. I thought this isn't happening, this only happens to Tom Hanks in movies.

"Basically, what they were saying to me was that I'd be stateless, which is a very serious thing to say when you think about it.

Ms Holden said eventually she was allowed on her flight, but no explanation or apology was offered for her treatment.

In an email, Aucklander Iris Tscharntke said she had twice had trouble returning from Germany to New Zealand when her eVisa could not be read.

"I flew before Xmas to Germany with Emirates. On the way back I had major issues getting on the plane and only due to the New Zealand passports of my children did they let me board.

"And then in February I flew with Singapore Airlines to Germany and on the way back they pulled me out of the plane in Singapore. I had to run with a staff member through the airport to find the desk that could read the eVisa."

Dunedin resident Brenda Cahill said Immigration New Zealand had advised her she could leave the country while her eVisa was being processed.

But that did not work out so well when she tried to board her flight to New Zealand.

"When I got to Darwin to come home they could not read it on the passport and so they said I had to have something they could see. They said they couldn't let me go because if I didn't actually have the visa then they would be fined very heavily for actually letting me leave Darwin."

Ms Cahill, who has lived in New Zealand since 1979, said minutes before her luggage was going to be pulled from the plane, her husband was able to forward an email with her eVisa letter to her.

American Adam Campbell said he was prepared to have to show his eVisa letter when leaving Beijing, but was surprised to be asked for it on arrival back in New Zealand.

"I figured that 'well of course Immigration New Zealand must have the eVisa on their records' but it was the same situation. I handed in the passport, they scanned it, looked through it and said 'you don't have a current visa'.

"And then I presented the piece of paper and they checked me through just fine, didn't have any hang-ups. But it didn't seem like it was an automatic situation where it was just presented. I didn't happen automatically."

The Portland native, who now lives in Dunedin, said at the end of his trip his eVisa letter was a crunched-up piece of paper at the bottom his pack.

"It overall feels like, you know, not secure. I mean, looking at the piece of paper it's just something I printed off my email. I think it has the Gmail logo at the top.

"It doesn't feel like it's a high-security travel document when you look at it and I'm actually quite surprised that that's valid."

Mr Campbell, who flew with Air New Zealand partner Cathay Pacific, said the eVisa letter had now been added to the list of things he could not lose when travelling overseas.

In a statement, Immigration New Zealand said when an eVisa was granted, a record was held in its systems.

"When people are travelling to New Zealand, airlines access one of those systems, Advance Passenger Processing, which conducts a number of checks, including whether the visitor has a legitimate visa, or if the visitor does not require a visa," it said.

Immigration New Zealand said the eVisa letter was produced as some countries required their citizens to have evidence of a legitimate reason for travel to leave the country, and the letter served that purpose.

It noted there were a range of circumstances that could lead to a delay in boarding a flight, but the service could not comment on any individual case without knowing the particular circumstances.

"If there was an issue with an eVisa, an airline would contact the service's 24/7 Border Operation team who would review the case and determine if a person was able to travel to New Zealand," it said.

After issuing more than 1 million eVisas Immigration New Zealand was "not aware of any issues for travellers as a result of being issued an eVisa".