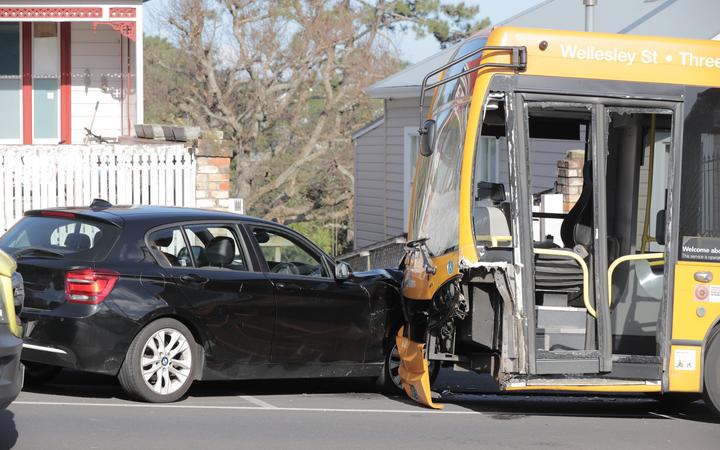 A bus has crashed into three cars in the Auckland suburb of Herne Bay.

The incident took place in West End Road at 1.20pm today. One person has minor injuries.

A police spokesman said they were in attendance at a vehicle collision initially involving two cars and a bus on West End Road.

"There are no reports of serious injuries, however one person has received minor injuries. 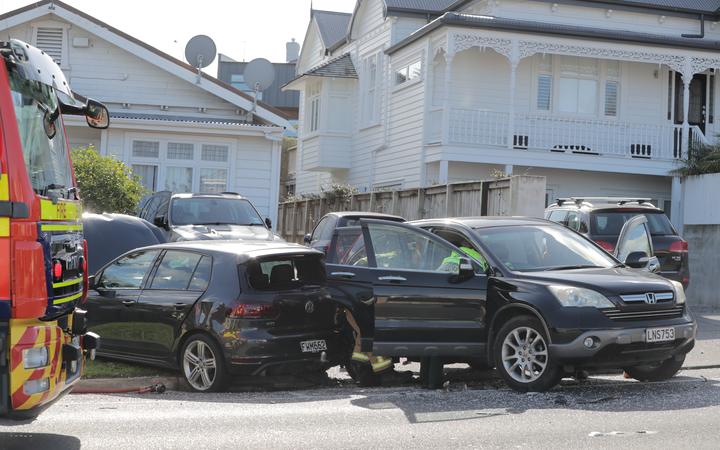 "West End Road is currently closed while the scene is cleared."

The OuterLink bus was extensively damaged in the incident.

An Auckland Transport spokesman said that the bus driver and five passengers onboard were not hurt. 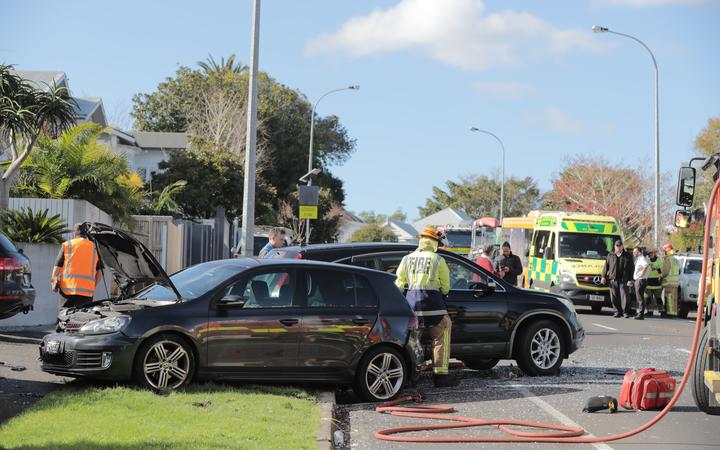