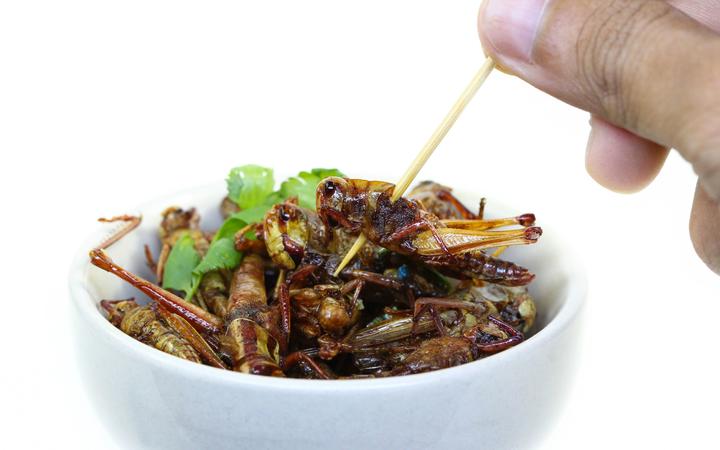 The Crown Research Institute surveyed 1300 people to assess which native bugs they preferred eating, to test the market potential for insect products.

The survey found people, when given the choice, were more likely to eat black field cricket nymphs and locust nymphs, followed by mānuka beetle and then huhu beetle grubs.

Sixty percent of those who took part thought eating insects would be more environmentally sustainable than eating meat from New Zealand farms.

AgResearch scientist Penny Payne, who led the survey, said an insect product with clear environmental and health benefits could be successful in New Zealand.

"However, the insect would benefit from being disguised in the form of a ground-up powder to reduce the aversion to the texture of insects and the disgust factor."

Insect products should be marketed in a distinct category, Ms Payne said.

"Do not try to market insects as an alternative to meat; they are best marketed as a distinct category rather than an extension of the 'meat' category, to minimise expectations of similar sensory attributes as meat."

"The proteins and metabolites team based in Lincoln has capabilities in comparing peptides to known health-promoting bioactive peptides. We found that these insects have bioactive peptides that can help to reduce heart disease and aid people with type 2 diabetes.

"We also found that, although survey respondents said wax moths were among the insects they would least like to eat, they and clover root weevils had no bitter-tasting peptides meaning they may prove the best options for human consumption."