By George Block for the Otago Daily Times

A mother and her two children were lucky to avoid a dangerous plunge into Otago Harbour after a head-on crash that left their vehicle perched precariously on the edge of Portobello Road. 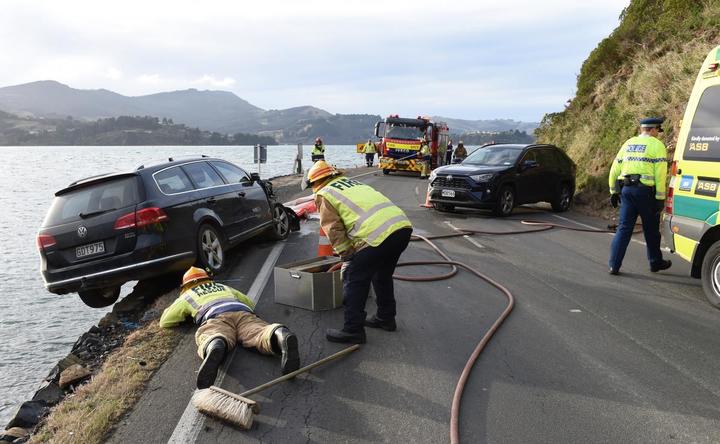 The crash, between Company Bay and Broad Bay on Otago Peninsula, was reported at 3pm yesterday.

The black Volkswagen carrying the mother and two children collided with a black Toyota four-wheel drive reportedly driven by an older man.

As a result of the crash, the Volkswagen was left with one wheel dangling over Otago Harbour and its front caved in, as firefighters, police and an ambulance rushed to the scene.

Fire and Emergency NZ Senior Station Officer Pete Douglas, of St Kilda station, said it was "extremely lucky" the car did not end up in the water, and that no injuries were sustained.

"It's more shock than anything."

Firefighters winched the car off the ledge and the road was cleared.