The Paeroa pizza shop where Jordan Voudouris was shot in an unsolved murder case was destroyed by fire last night. 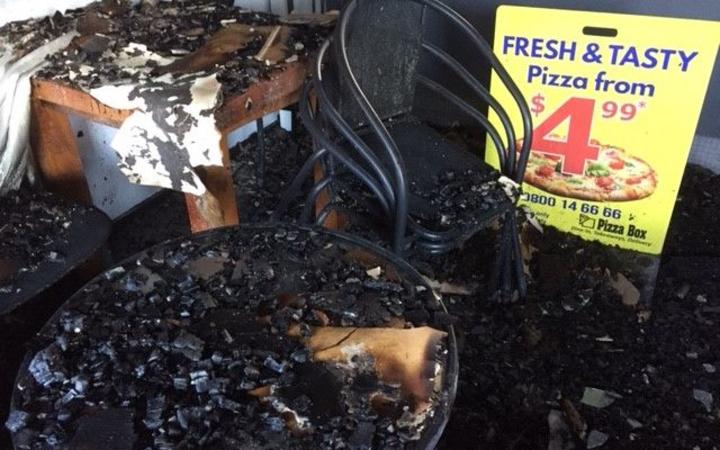 The aftermath of the fire at the Pizza Box in Paeroa. Photo: Supplied / Vivien Leonard

Emergency services were called to the building on Belmont Rd in Paeroa just after 9pm to find it burning fiercely.

The shop is now called the Pizza Box, but used to be Mykonos Pizza, which was owned by Mr Voudouris. 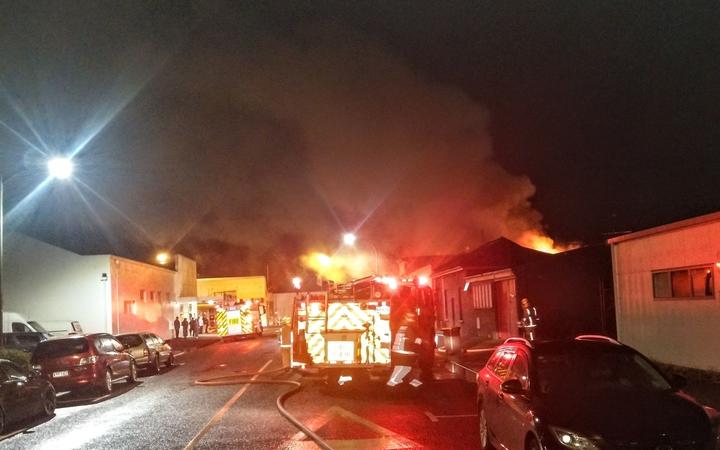 Firefighters at the scene of the fire at the Pizza Box in Paeroa. Photo: Supplied / Phil Maurice

A Fire and Emergency spokesman said fire crews had extinguished the blaze and left the scene at about 2am.

Viv Leonard, who was a good friend of Mr Voudouris, owns the antiques store next door, which also came close to succumbing to the flames.

"We had our first show in 45 years in Paeroa's old picture theatre, and it was a show from Liverpool so it was a really big deal for Paeroa," she said.

"In the middle of it the fire sirens started going and people were thinking it must be a car accident. But then a message got through that the shop next door to mine was on fire." 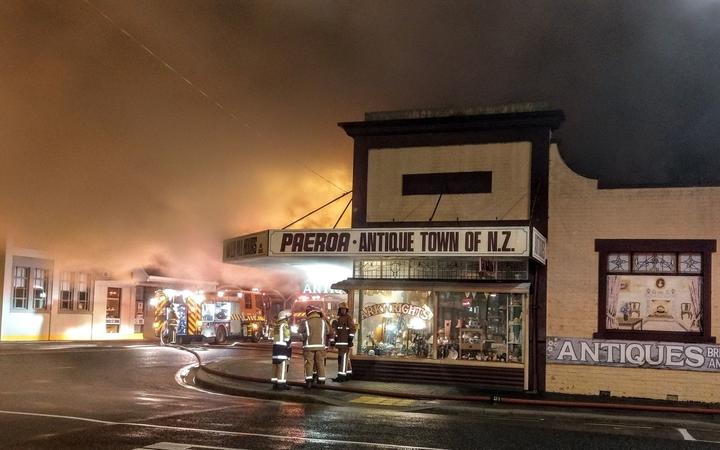 Firefighters at the scene of the fire at the Pizza Box in Paeroa. Photo: Supplied / Phil Maurice

Her shop, Arkwrights Antiques, was full of smoke while flames were pouring out of the pizza shop.

"There were flames shooting through the roof when the fire brigade got here. And this shop's over 100 years old so it would have just gone up," she said.

"It was pretty scary there for an hour or so until they got the flames under control. They just did so well to get it under control." 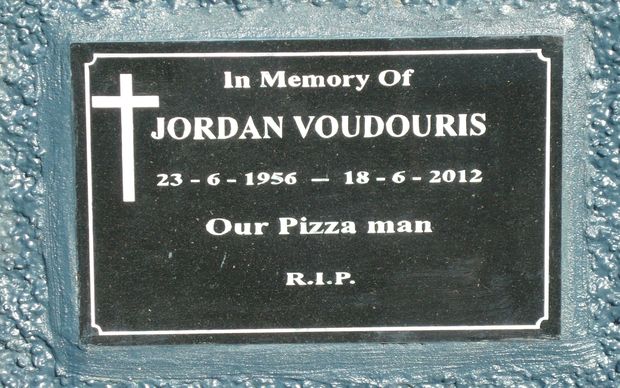 A garden memorial that Ms Leonard made to Mr Voudouris at the back of the shop wasn't damaged.

In it there's a simple plaque with the words: 'Jordan Voudouris, Our Pizza man, rest in peace'.

"Jordan was my neighbour for eight years and he was always really lovely and helpful and he was a great guy. So yeah, that was pretty sad," she said.

"And then for this to happen, it was like, 'Oh my God'. So I'm starting to think the place is a bit doomed actually." 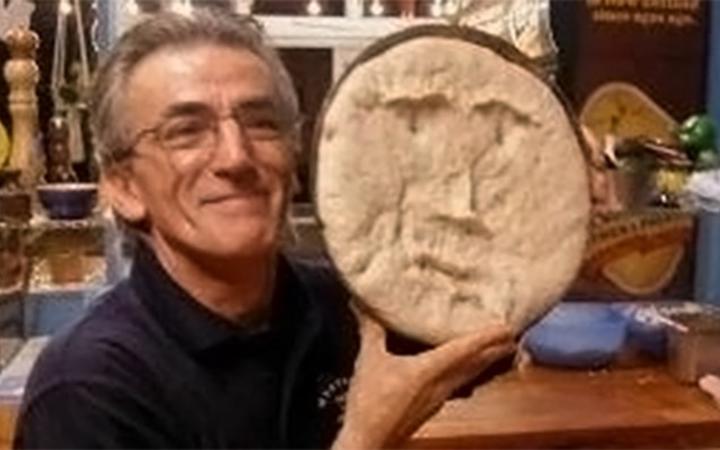 Jordan Voudouris was found lying in a pool of blood at the rear of his shop early on 18 June, 2012. Photo: Supplied

The pizza shop had been sold two or three times since Mr Voudouris' death, she said.

Mr Voudouris was found lying in a pool of blood at the rear of his shop early on 18 June, 2012. A $50,000 reward for information has not been claimed.

The death of the much-loved pizza shop owner left his family and the small Paeroa community completely stunned and desperate for answers. 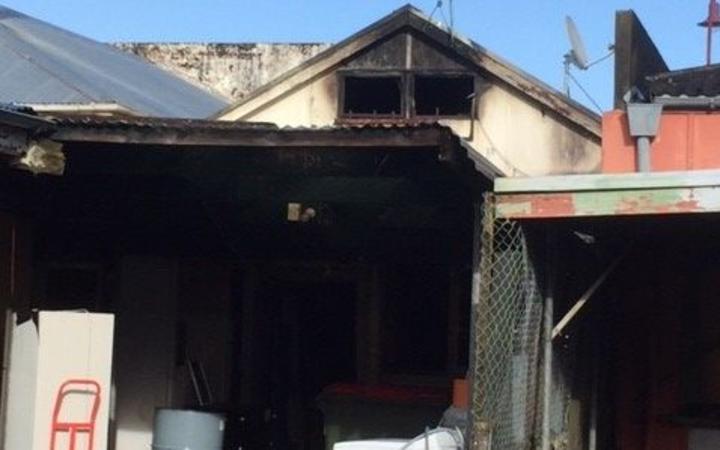 The aftermath of the fire at the Pizza Box in Paeroa. Photo: Supplied / Vivien Leonard