Used cars dealer 2 Cheap Cars has been fined almost $438,000 for misleading documents and ads described by a judge as "tantamount to devious". 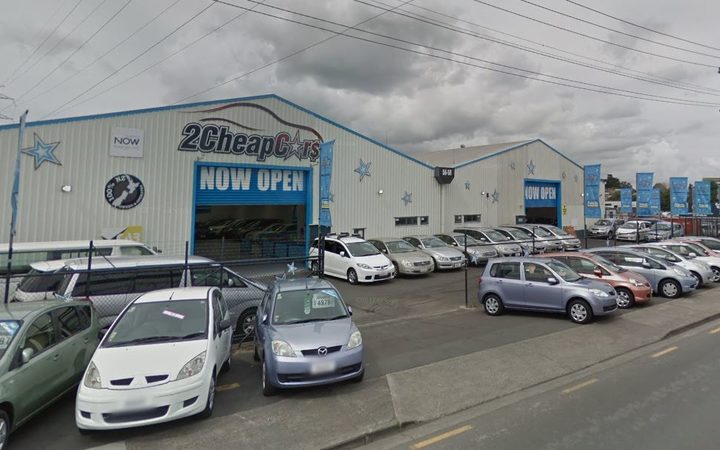 It had earlier admitted 10 charges under the Fair Trading Act after being investigated by the Commerce Commission.

The breaches relate to the company's use of a warranty waiver documents and a liquidation sale which claimed it was discounting its cars, when it was not.

In a written decision, Judge Robert Ronayne in Auckland District Court said the company made annual profits of more than $3 million and the Court's response "should not amount to what might be considered a mere licensing fee or cost of doing business."

Between 2014 and 2018 more than 20,000 customers, who did not buy extended warranties, signed warranty waivers that made them responsible for any repair bills.

The waiver included terms such as; "the vehicle you are purchasing does not include a warranty of any kind", "I do understand that 2 Cheap Cars will comply with the Consumer Guarantees Act. I also understand that I am, and would prefer to be, solely responsible for any repair bills", "If any repairs are carried out it will be done by 2 Cheap Cars Limited at a time of their convenience and that there are no courtesy cars provided".

Motor Trade Association spokesperson Greig Epps said the fine was substantial and sent a clear message to the industry.

"Previously the largest penalty had been somewhere around $100,000 - or so - against a sole trader.

"So this is certainly showing that the court has looked at this and said 'you need to be suitably chastised'," he said.

Mr Epps said the main message for car dealers was to be upfront - stand behind the product - and provide a good service.

The judge in the case described the waiver as blatantly untrue and misleading and said 2 Cheap Cars profited by avoiding its obligations to repair.

He found the waiver created the impression that unless an extended warranty was signed the buyer had no rights, despite customers being protected by the Consumer Guarantees Act (CGA).

"It should not have told customers they had no warranty of any kind and it shoiuld not have attempted to limit its liability for repairs in the way that it did. Conduct such as this puts pressure on customers to buy an extended warranty and deters them from returning to the seller for help if something goes wrong, even though they may have rights under the CGA," Commission chair Anna Rawlings said.

Between 30 September and 1 October 2017, the company ran advertisements advertising a liquidation sale, including claims "Japanese imported vehicles liquidation sale", "2 Cheap Cars is in hot water, it must liquidate immediately", "A massive price drop this weekend".

In fact, most of the 710 cars were not discounted or were discounted as little as $5, and the company was not in liquidation.

Judge Ronayne said the advertising was "deliberately misleading, rather than simply careless" and "behaviour which was a complete departure from the truth".

Newspaper advertisements which ran in January last year claiming "84% off" actually related to $300 off a GrabOne voucher that could be used towards purchasing a vehicle.

Judge Ronayne said the behaviour was "misleading and careless and, when viewed as a complete advertisement, tantamount to devious".

The Commission said retailers should not encourage consumers to purchase with spurious calls to act urgenty to take up a discount, and they should not overstate the savings available when discounts are advertised.