The army has begun removing garbage from a spilt landfill on the West Coast. 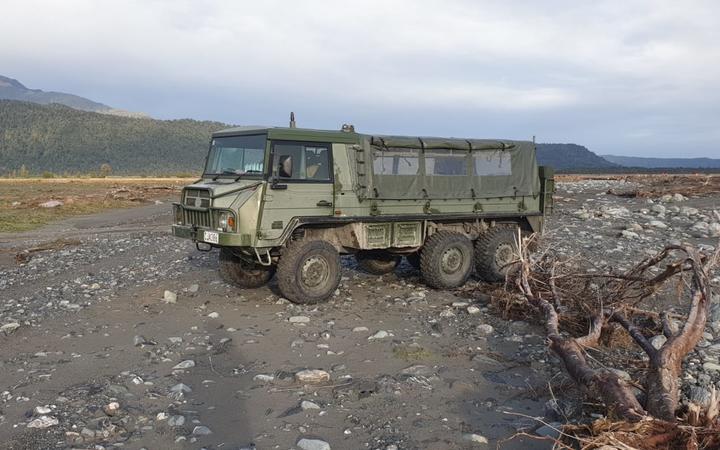 Heavy rain washed out a West Coast landfill near Fox Glacier in March, sending thousands of tonnes of rubbish into the Fox River.

Approximately 5,500 tonnes of rubbish, most of which was plastic, was entangled with washed-up logs or buried under rocks across about 1,620 hectares of coastline.

Last week, the Defence Force announced it would be sending vehicles, a helicopter and up to 70 people to help the Department of Conservation with the clean up.

Major Denis Petre said the first wave of personnel had been sent to assist DOC and people who had volunteered to pick up the garbage.

A light, transport vehicle had also been deployed. The 'Pinzgauer' has been transporting people and collected rubbish along the river.

He said the Defence Force would work over a four-week period from late July to late August to clear trash from the river.

Department of Conservation incident controller Owen Kilgour said the Defence Force would boost the efforts of DOC workers and volunteers, who have already removed 50 tonnes of rubbish.

He said the addition of light vehicles will speed up the process but there is still a need for more volunteers to help.

Volunteers that assisted with the clean-up would receive meals and accommodation.

People can sign up to help by clicking here.