By Tracey Roxburgh of the Otago Daily Times

A Queenstown builder was so incensed at a tourist who stopped their car in the middle of the Glenorchy-Queenstown Rd to take a photo he grabbed their keys and threw them into dense bush on the side of the road. 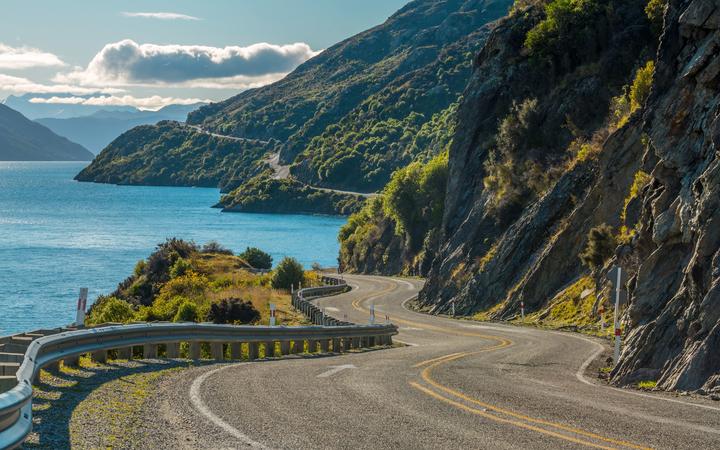 Judge John Brandts-Giesen yesterday sympathised with Harry William Nichol (22), telling him "unfortunately there are stupid people on the road", but described his behaviour on 8 June as "vigilante".

Nichol admitted one charge each of disorderly behaviour and careless driving, and charges of possession of class C-controlled cannabis and class A-controlled LSD, all on the same day.

Prosecuting Sergeant Ian Collin said Nichol was driving north on the popular tourist road with two passengers and a dog in his car. He was travelling downhill on the road, governed by a 100km/h limit, on a section with a slight left-hand bend when he encountered the rental vehicle, stationary in the middle of his lane.

An occupant of the vehicle was on the road taking a photo.

Nichol attempted to brake, but collided with the rear of the rental car.

He drove around it, stopped his car, got out and approached the driver's side of the other car, "banged on the window and told the female driver to get out of the car".

She instead wound her window down, so Nichol reached in, grabbed the keys from the ignition "ran to the side of the road and threw the keys into thick bush by the side of the lake with the intention of causing the driver to lose possession of them".

He then got back into his car and continued driving north.

Sgt Collin said police were called and while they were speaking to the driver, Nichol passed them, driving south.

He was stopped by another patrol car in Queenstown and a strong smell of cannabis was detected.

Judge Brandts-Giesen said he sympathised with Nichol and said while he could understand what he did, "that is simply not acceptable".

"The police are there to deal with matters - if you had held on to the keys or called the police and waited that might have had a better outcome for you.

"To throw the keys away is simply acting like a vigilante."

He was ordered to pay $1000 reparation for disorderly behaviour by August 31 and for the possession of drugs he was sentenced to 50 hours' community work, to be served concurrently.

On the charge of careless driving he was convicted and discharged.

- This story was originally published in the Otago Daily Times