One of the country's top lawyers wants the government to fully fund reports that help sentencing judges better understand an offender's background. 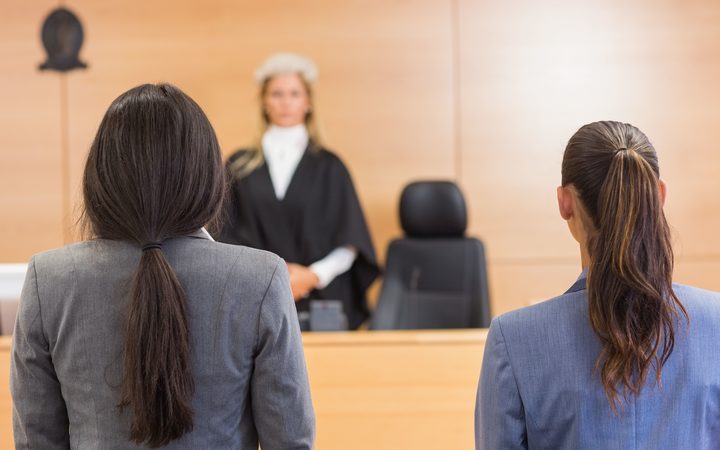 The Ministry of Justice stopped paying for cultural reports last June after realising they were not publicly funded and judges were ordering them in error.

As it stands, offenders have to pay for the reports - which can cost anywhere between $800 and $3000 - themselves or apply for funding through legal aid.

Russell Fairbrother, an experienced defence lawyer, said information on an offender's background should always be considered at sentencing.

"These reports bring this out and I think natural humanity, anybody with a sense of decency, would want someone being sentenced to prison to have had those backgrounds considered."

The law says an offender can ask a court to hear their whānau, community and cultural background at sentencing under section 27 of the Sentencing Act.

Contrary to the wording of the legislation, this information is often compiled into a written report for a judge to read before an offender is sentenced.

Mr Fairbrother said he first learned of the provision for these reports while acting as an amicus curiae or "friend of the court" in a Hawke's Bay murder case.

When the defendant was convicted Justice Joe Williams, now the first Māori Supreme Court judge, suggested a cultural report be prepared for sentencing.

"We scrambled and got a written report, a detailed one, and despite the murder being a pretty horrific thing the judge gave a one year discount for the matters raised in the cultural report."

Mr Fairbrother has made good use of the reports since then and said they often achieve more than a discounted sentence.

"The reports I've seen and shown to my clients have always had a significant impact on the offender and some really bad people, I've got to say, who have been quite moved by the contents of the reports."

Violence, abuse, drugs, poverty and gang influence are common features in the backgrounds of offenders.

Mr Fairbrother said cultural reports are the only way to get this information to judges in an official way.

"The probation service file a pre-sentence report but it's always about the actual offending and an almost-computerised pattern as to what sort of sentence should be passed so it's of little help to anybody."

Since then, Mr O'Reilly has been a cultural report writer and said more often than not, those who create victims have been victims themselves.

"I've seen gang life and street life and all that sort of stuff all over the ways but some of these stories just take my breath away.

He said cultural reports can give offenders insight into often-intergenerational cycles of abuse and violence.

The price of a report can vary from hundreds to thousands of dollars but Mr O'Reilly said they make both moral and financial sense.

The government has long-signalled its intent to break the cycle of Māori reoffending and imprisonment.

Mr Fairbrother said cultural reports should become a matter of course for every sentencing hearing.

"I think it's a necessary ingredient in the sentencing process and judges are paying regard to them. In fact, I think a cultural report is one of the more important reports to get.

"If you ask for a psychiatrist report or psychological report legal aid will approve it normally without question but I don't know why they won't approve a cultural report when I think it's often more important than a forensic report by a psychiatrist."

"I know that there are judges who say they would benefit when dealing with some offenders from a cultural report so I'm keen to see them more easily accessible.

"I've got to negotiate my way through to make sure that there is funding available to allow that to happen. We're not there yet but I'm working on it."

Mr Little asked the Justice Ministry to provide urgent advice on cultural reports after the funding was cut last June.

The ministry offered a number of options to improve the information judges get in September but so far the provision remains unchanged.

Mr Little told Morning Report it was not satisfactory that offenders were struggling to get relevant information before a judge, and work was going on to try to change that.

"It might be by next year we get to the point we have a framework," Mr Little said.

Mr Little said the Department of Corrections' probation pre-sentence report can include cultural factors, and the offender also has the right to have someone speak on their behalf on cultural issues.

"The breakdown seems to have come over where do you pay for the most effective information that goes before the court. Is it about the Corrections Department through their report ... or is it an expert witness to give evidence?"