One of the roads in central Auckland that's been closed since a panel fell off an apartment building in bad weather is due to reopen tonight. 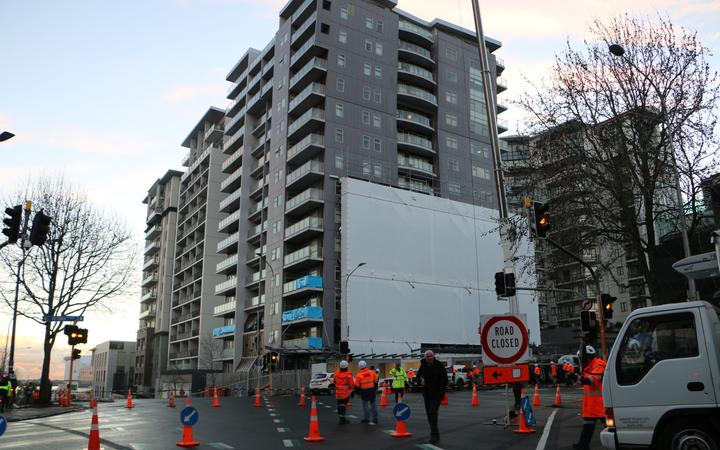 Auckland Transport says Victoria Street West will be open to traffic about 8pm or 9pm tonight,.

However, Nelson Street between Victoria Street West and Fanshawe Street is likely to be closed until the middle of the week.

Further lane closures are expected at off-peak times to allow scaffolding to be put up, Auckland Transport said.

The cycle lane on the western side of Nelson Street heading towards Viaduct Harbour is open and there is still pedestrian access.

Bus routes will be operating as normal tomorrow morning.