An internationally recognised photographer says her dream to redevelop an old Taranaki hotel is being ruined because of the constant noise and vibration of heavy vehicles rolling past her front door. 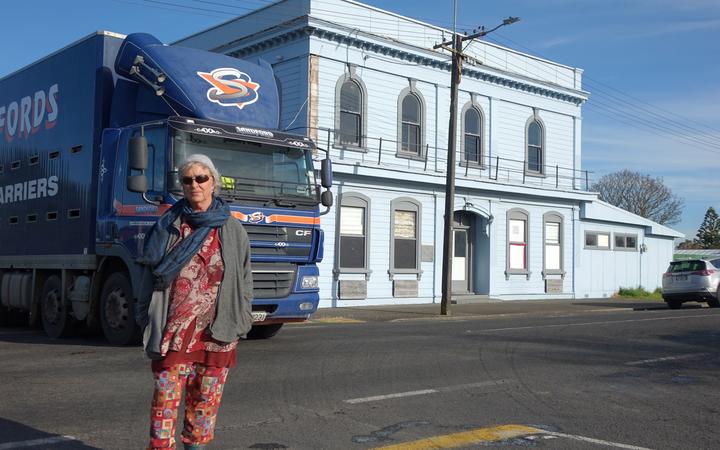 Victoria Ginn with the Commercial Hotel in the background. Photo: RNZ / Robin Martin

Victoria Ginn said the Commercial Hotel was located on what should be a quiet back street in Normanby - a few kilometres north of Hawera - but about 140 trucks go past every day, and she's demanding changes.

The artist and educator, who has been published worldwide, left her bolthole in Fiji after falling in love with the two-storey Commercial Hotel and bought it about a year ago - with the idea of turning it into a gallery and tourist accommodation. 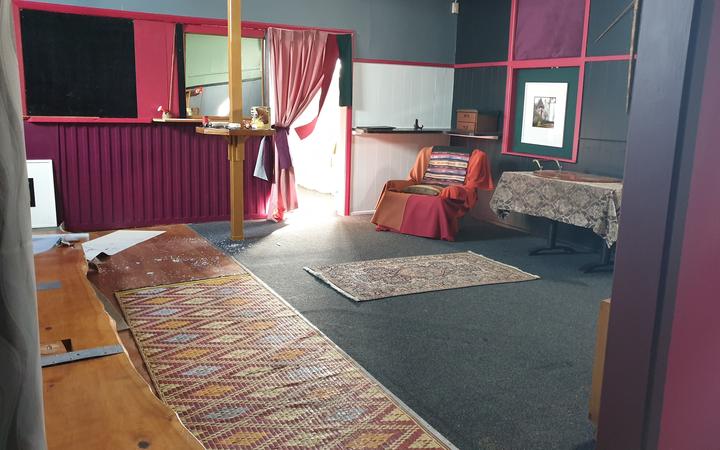 A former Wellingtonian, Ms Ginn thought the hotel which was built in 1911, had potential, although she admitted it was a bit of a "rescue job".

"It was neglected, rain falling through the roof and everything ... was in a state of rot in decay, so, I've got a rather large project on my hands to reinvigorate it and give it some life again.

"It was the heart of the local community but like a lot of these small towns now the hotels have fallen into disuse and there is no community centre for people to go to."

Although the hotel is set well back from State Highway 3, Ms Ginn has discovered it sits at the junction of two roads used by heavy transport to criss-cross South Taranaki.

"We're having 24-hours-a-day heavy traffic passage which is extraordinarily disturbing to anyone who is sensitive or anyone at all who's wanting peace and quiet, peace of mind and a gentle lifestyle. You just don't have it and it's the same throughout a lot of the small towns in New Zealand." 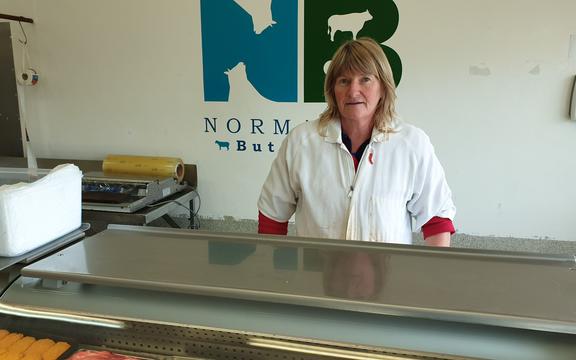 Ms Ginn said each time a truck went past it was like going through a small but very loud earthquake.

And she was not the only person who had noticed the traffic.

"It's pretty busy. It's busier since they closed Katene Rd off ... cause they [the trucks] used to go that way. They've closed that off and it used to go onto Austin Rd which went onto the main road [State Highway 3]. So that used to be the truck route."

Ms Manson reckoned more trucks now came down Mawhitiwhiti Rd and turned on to Ketemarae Rd to access the highway - right outside the old Commercial Hotel. 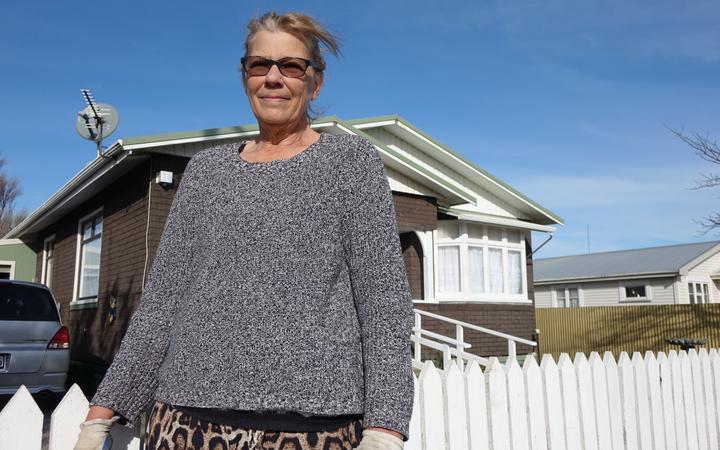 Carolyn Hay shifted to Ketemarae Rd two months ago and she was already fed up.

"We have a lot of grandchildren ... and the grandchildren, we have to constantly monitor because we have them every weekend. The other thing is the bricks falling off the house every time it shakes and just the constant shaking of the house you know.

"And nobody adheres to the 50km speed zone. They come down here and they just speed."

But Codie Langton at the Normanby Hairstylist reckons that was just the way it was in the village.

"I haven't really noticed anything different cause it has always been busy since that road [Mawhitiwhiti Rd] connects to Mania and all the way, you know, goes out that way where ever it leads to."

Longtime Ketemarae Rd resident Don Bright was not too concerned either.

"I've been here ages and there's always been trucks going up and down here. It doesn't worry me."

Victoria Ginn had complained to the South Taranaki District Council but was not getting much traction on the heavy vehicle front. 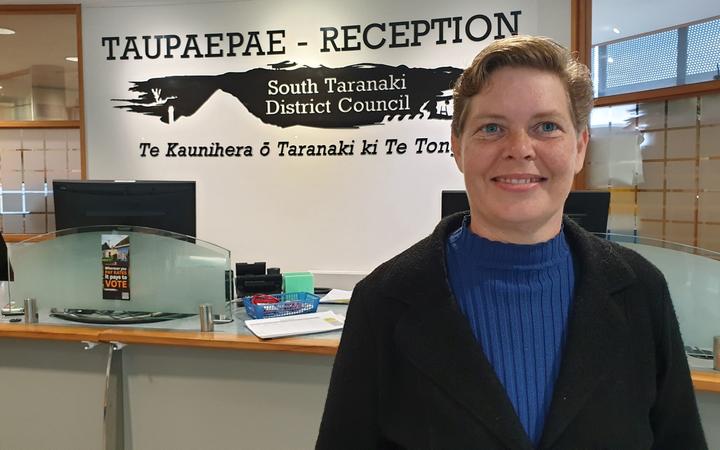 Senior roading engineer Carolyn Copeland said the council had looked into her problems.

"We've had technical equipment out there on the roads and found the vibrations are well within national standards and found that there hasn't really been any increase in traffic.

"She is located on a heavy traffic route so trucks going past all times of the day and night should be expected."

Ms Copeland conceded however that overall traffic volume was increasing and that speeding on Ketemarae and Mawhitiwhiti roads was a problem.

"We have talked to the local police about the speeding issues that have been reported by the residents and we can consider a speed reduction in the future. We will be looking into this as part of a district-wide review and we are probably about 12 months away from starting on that project. It is quite a big scope of work for us." 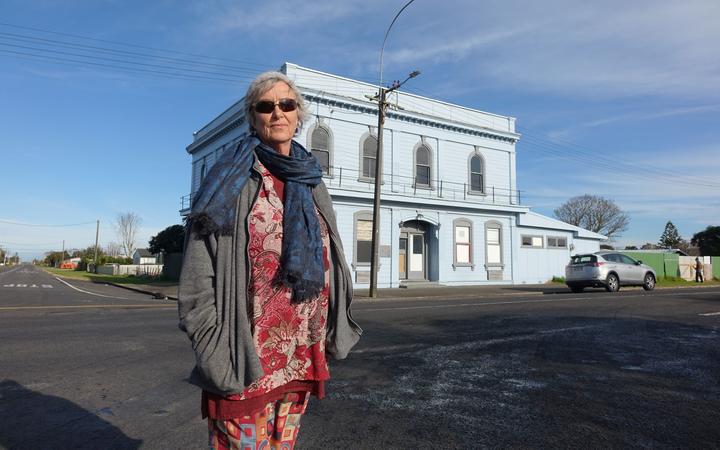 That was not good enough for Ms Ginn who saw herself as standing up for those too afraid to speak out.

"The people who've been suffering for long periods of time through the passage of heavy vehicles rattling through their small towns destroying their communities 24-hours-a-day, seven-days-a-week, 12 months of the year.

"You need to do something about it, please the New Zealand government. Stop the transit of heavy vehicles through small towns."

Ms Ginn said if she was unsuccessful with the district council she intended taking the issue up with the Minister of Transport.