A track on a cliff in Timaru has been closed after the local council says it found a significant crack. 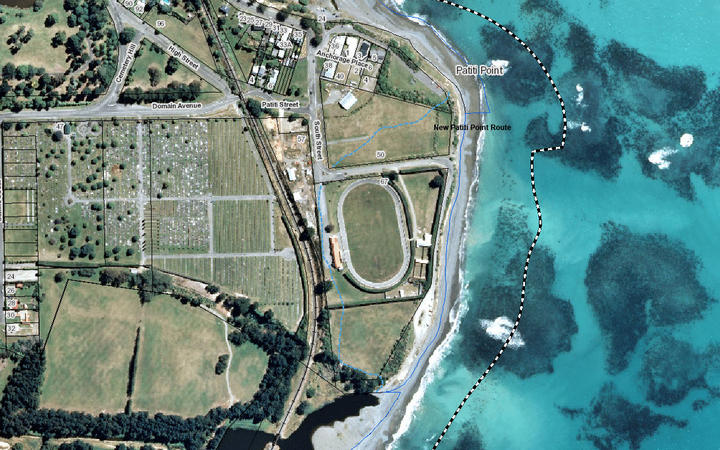 The Timaru District Council said the crack on Patiti Point Track was found earlier this week during a routine safety check.

The council's land transport manager Andrew Dixon said 2.5 to 3 metres of cliff may fall without warning.

"There are existing mesh fences alongside the cliff, and more barrier and warning fences are being installed to block the at risk areas," he said.

"People should not cross these barriers. If they do so they are putting themselves at risk of serious injury, and any attempts to move or vandalise the fencing is putting other people at risk too."

The council's parks and recreation manager Bill Steans said there is now an alternative route to the nearby Otipua beach, through the Caledonian Sports Grounds.

"The new route is mainly a gravel track with a thin top layer of fine crusher dust which provides a good surface for mountain bikes and for walking on," Mr Steans said.

"It goes from the seaward end of the Patiti Point carpark to the main entrance of the Caledonian Ground. The route cuts through the macrocarpa hedge before descending to the mouth of Saltwater Creek and the northern end of Otipua Beach."