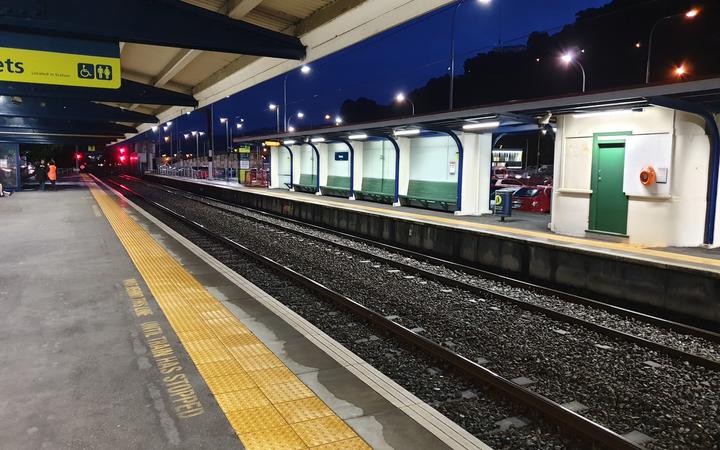 There have been no train services in or out of Wellington on the Hutt, Kapiti, Melling and Wairarapa lines all day, and the issue is not expected to be resolved by the afternoon.

Only a few buses were on hand to replace some of the train services.

The derailment happened near Wellington Junction last night and it took the locomotive engineer 230 metres before he was able to stop the train.

Train operator Metlink said it was hoping to have the city's trains back up and running for tonight's commuter rush hour.

But repairs to train tracks near Wellington railway station are still ongoing, with no confirmation of whether commuters will be able to take the train home tonight.

Metlink was expecting to have an update at 1.30pm, informing rail commuters if the services would be back up and running for the evening peak.

It has since announced there will be six buses for each rail line, but there will still be heavy delays to those services.

A further update is expected at 2.30pm.

NZTA regional transport systems manager Mark Owen told Morning Report that if people were driving into Wellington they should consider delaying their trip or work from home if they could.

"We're expecting a lot more people to be using the highway to get in and out of the Wellington area, so we're just advising people to look at their options.

"There's not a lot we can do at this short notice.

"We're asking employers to be adaptable. People will need to allow extra time if they are travelling in.

"It's a challenging day and we're asking everyone to have a bit of patience."

With everyone driving into work, there is also bound to be major traffic disruptions when they travel home. Mr Owen said people should try to travel before or after the peak times of 4-6pm if possible.

At 9am, NZTA Wellington said traffic was beginning to ease but delays would still take a long time to clear.

There were limited replacements from Petone and Porirua into the city, with five or six buses on each line, as most were already being used as part of the regular morning service.

Council spokesperson Greg Pollock said there would be an inspection of the damaged tracks today.

He said the points where the trains change lines have been damaged and the council was being extra cautious before it puts commuters back on those lines.

Mr Pollock was not aware of what caused the freight train to derail but says the incident will be fully investigated.