People are being urged to stay out of Lake Taupō and the Waikato River, after a sewerage pipe was taken out when a water main broke. 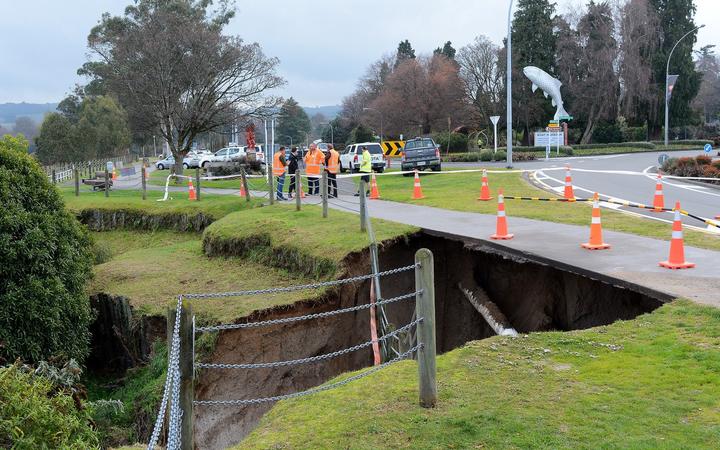 The water main on Lake Terrace burst just after 2pm yesterday, creating a washout which collapsed part of the footpath, and eventually took out the sewerage pipe.

Contents from both pipes flowed into the lake, and into Waikato River.

A council spokesperson said pumps have been brought in to divert the wastewater away from the area.

A second water main broke on the other side of town at about 5.50pm on Marshall Avenue.

Taupō District Council chief executive Gareth Green said about 80 percent of the town's waste flows through the pipe, and a substantial amount of sewage flowed into the lake over about an hour and a half.

He said a temporary fix was in place, but residents would need to refrain from unnecessary water use, including flushing toilets, until at least tomorrow.

"Taupō's known for its lake and its environment and unfortunately today us as a council, who's job it is to protect that, has been a party to something which has detracted from the beauty.

"So our role from here will be to try to put that right."

Mr Green said a permanent repair could be weeks or months away.

The council was working with the Waikato Regional Council and the Tuwharetoa Trust, which owns the lakebed, on a clean-up plan, he said.

Detours are in place along Taupō's Lake Terrace, between Titiraupenga Street and Ruapehu Street. 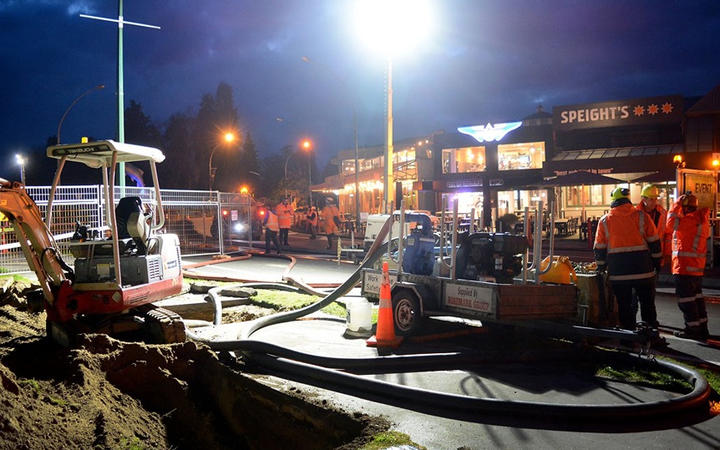