Two young Cantabrians have been crowned the World Egg Throwing Champions which were held in the town of Swaton, Lincolnshire over the weekend. 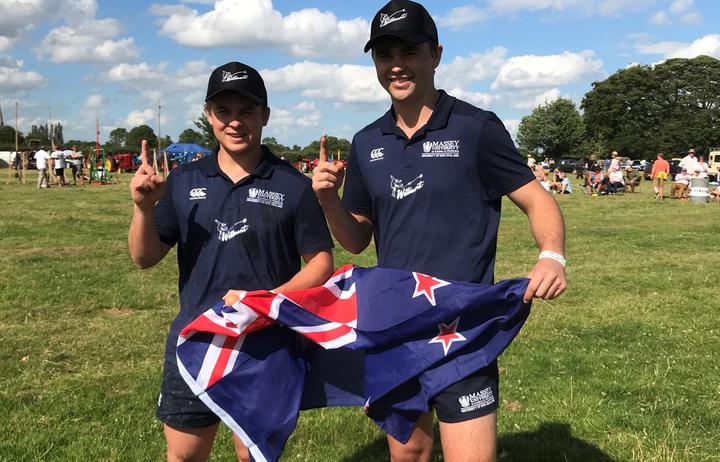 The duo have called themselves The Yolk Ferns and won the competition by successfully throwing an egg to each other without breaking it - they reached a 60 metre distance to take the title.

Ben McColgan and Lachie Davidson joined First Up to discuss their win before heading out for celebratory beers.

They explained that the rules were for throws to go in 10 metre increments with three chances at a catch. It was only the Kiwis and Canadians left at 60 metres.

"It went right down to the wire, we cracked two eggs at 60 metres and caught the last one on the third and last go," Mr McColgan said.

They said they were feeling pretty "egg-static" at the victory.

"To actually be able to come over here and do it, it's really eggciting," Mr Davidson said.

They said the trained around three times a week back in New Zealand and are the current title holders locally.

Now that they're world champions, they're thinking of retiring.

"We're both at University so we're going to spend the next two weeks travelling Europe then head back at the start of classes.

"When we get back to New Zealand we might have a word with High Performance Sport and try get in the next round of funding," Mr Davidson joked.

Their advice to budding egg-throwers, and people in general, is to make the most of every opportunity.

"We never know where it might lead," Mr Davidson said.