The deadline for landlords to have their rented properties properly insulated has now passed. Here's what tenants and landlords should know about the new rules. 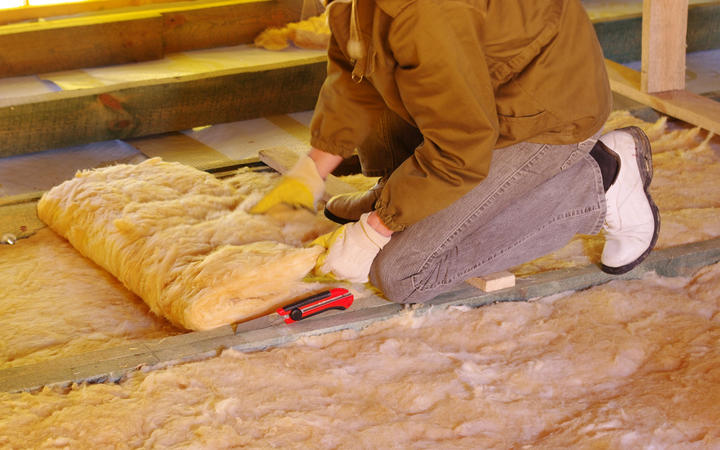 The standards were introduced as law in 2016, but landlords have had until 1 July this year to ensure their rental properties have floor and ceiling insulation where possible.

Earlier this month, the Ministry of Business, Innovation and Employment (MBIE) estimated up to 100,000 properties did not meet the standards.

Landlords now face a $4000 fine if their properties are not properly insulated, however two weeks ago, The Spinoff reported that insulation businesses were at total capacity and there was "absolutely no way" the country's housing stock will be ready on time.

A Tenancy Services survey conducted in March last year estimated there were between 126,000 and 220,000 rental homes which still needed to be properly fitted for insulation. At the time, Tenancy Services said it was more than could be done by professional installers by the July deadline.

Despite shortages and insulation providers struggling to meet demand, MBIE has said it would not be granting extensions.

Landlords are required to install ceiling and underfloor insulation wherever they can. Wall insulation is not compulsory under the new rules.

The Tenancy Tribunal has set different standards of insulation depending on where in the country the property is. Zones 1 and 2 encapsulate the majority of the North Island and require minimum "R-values" - a heat resistant flow measure - of 2.9 for ceilings and 1.3 for underfloor insulation. Zone 3 includes the entire South Island and the Taupō and Ruapehu regions and requires ceiling R 3.3 and underflood R 1.3.

Tenants who want their homes insulated or believe the current insulation isn't up to standard are encouraged to approach the Tenancy Tribunal.

Why they're being introduced

Nearly 600,000 households in New Zealand are rentals, and rental stock is of poorer quality than owner-occupied homes.

Housing Minister Phil Twyford said that around 15 to 20 percent of New Zealand's poorest people are living in cold damp houses.

"They have no control over whether or not these houses can be warm and dry," he said.

He said the new requirements could cost landlords up to $7000 but he didn't expect them to push rental prices up.

He said the standards were crucial.

"The bottom line here is that the cost of doing nothing is far too great for us as a nation. We cannot continue to send 6000 children off to hospital every year,'' he said.

In 2017, non-profit research institute Motu Economics looked at the first 45,000 homes retrofitted with insulation under the Warm Up NZ Programme, and found the scheme had a 6:1 benefit-to-cost ratio.

That meant that every dollar spent on insulation brought $6 of benefits.

The study used the same methodology for valuing life as researchers did when assessing the benefits of roading improvements.

"People kept using pretty much the same amount of energy as before but ended up with much warmer houses.

"[The benefits] were particularly strong for the elderly ... and those who'd been hospitalised with a circulatory illness in particular had much better life expectancy ... because they were now living in warmer, drier houses."

"No-one had enough data before anywhere in the world to work out if these effects were truly there or not.

"I think ours was the first study to have enough houses insulated to work out if this was the case or not, and it confirmed what the public health experts expected."

Wellington-based renters organisation, Renters United, has an online petition to fix rental laws and its organiser Robert Whitaker said he was concerned that tenants were required to enforce the law themselves.

"If the landlord hasn't met their obligations they have to take their landlord through the Tenancy Tribunal process essentially on behalf of the government," Mr Whitaker said.

"If you're going to potentially risk your long-term home it's very unlikely that you would take your landlord to the Tenancy Tribunal over something like this, although we would encourage tenants to do so."

Last month, Wellington renter Hayley - who lives in a freezing cold, damp flat - told Checkpoint it was "totally unrealistic" for renters to call landlords to account.

"If there's record of you going after a landlord for a fine then that will travel with you even if it's not in the immediate term.

"I think that landlords do have the power in this situation and I think that property managers are always on side with them, rather than tenants."

Kate Day and Robert Whitaker of Wellington Renters United - a grassroots tenants' association - said it was rare for tenants to risk bringing a case.

The pair have dealt with renters not only scared of damaging the relationship with their landlord, but jeopardising future tenancies. "We had a campaign going a while back about a website called TINZ - Tenant Information New Zealand," Ms Day told RNZ last year.

"It's a database that stores information about tenants. So if tenants are known to have taken a case, that could potentially lead to discrimination against them getting a place in future."

The TINZ website, which is owned by credit agency Illion, promises "$$ for your tenant information - Ratings, Tribunal orders, 14 day notices online" and pays $4 for every 'tenant lodgement' property managers provide.

Renters United has also heard of application forms for rental houses that ask applicants whether they've ever taken a case to the Tenancy Tribunal, Ms Day says. "The fear of repercussion is genuine."