Development levies on a single house built in Kingston, near Queenstown could go as high as $44,000. 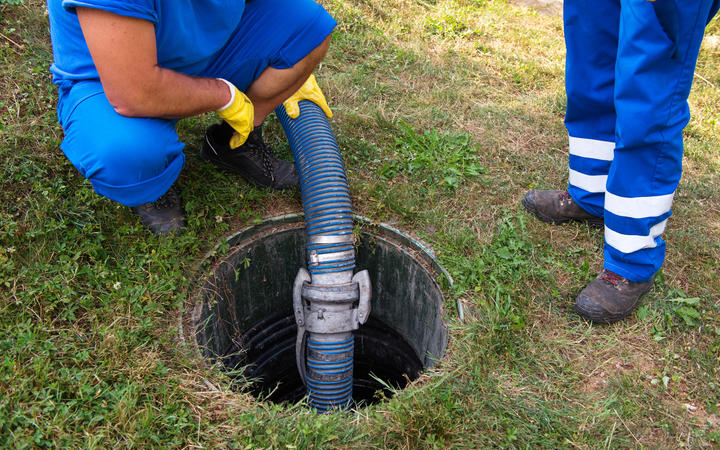 Amy Baker said the several hundred property owners were responsible for their own septic and water tanks. Photo: Photo / 123RF

About half of that would be a contribution towards a wastewater scheme planned in the small lakeside town, which one resident said was probably not needed.

Amy Baker said the several hundred property owners there now were responsible for their own septic and water tanks. She said the community welcomed growth and development if it was managed wisely.

She said expensive reticulated systems would only be needed if, for example, sections in the new development were too small to include tanks.

A Queenstown Lakes District Council manager, Stewart Burns, said a wastewater scheme would be needed in Kingston if a planned large residential development went ahead.

The council was struggling to maintain its existing wastewater supply network. It recently came under fire for seeking resource consent to authorise overflows from its ageing infrastructure.

It was taking steps to prevent what it said was an average of four instances a year in which wastewater accidentally flowed into freshwater sources. The council blamed the blockages partly on public misuse.

Part of the preventive remedy was to spend an estimated $101 million over 10 years to upgrade and improve the wastewater network, which was under pressure from huge growth in the region.

The money has been tagged in the council's long-term plan, and would be funded by development contribution levies, loans that would be serviced by rates and land sales where available, Mr Burns said.

A council report said significant investment in additional assets and services was needed to meet the demands of growth in the wider area.

This growth generated high levels of subdivision and development which placed increasing pressure on the assets and services provided by the council.

Like others around the country, it had sought a contribution towards the expansion of the district's reserves, community facilities and infrastructure from developments which placed additional demands on those services.

Levies were calculated on past and projected expenditure on capital assets, population growth, and predicted use of the services.

Development contributions for water, wastewater and stormwater were not paid on developments in rural areas, unless they were connected to a scheme.

But they did contribute towards transportation and road developments, reserve land improvements and community facilities.

A financial report showed the wastewater development levy for a new house in Queenstown at just over $4600.

"The council can only collect development contributions to recover the infrastructure costs associated with growth," Mr Burns said.

Development contributions were paid when a resource consent or a building consent was granted or when there was authorisation given for a service connection.

Amy Baker of Kingston - which stood to be the district council's most heavily levied ward, said the popular holiday area still had a small-town feel residents did not want to lose.

"The community on the whole is supportive of the proposed development and we accept there is a need for growth and more housing in the district.

"We are very close to Queenstown and a logical choice for providing extra housing, but there are concerns about how the infrastructure that would be required is being managed."

Ms Baker said water and sewerage systems in Kingston were frequently a topic of discussion. She said right now they were not adding to the council's woes because property owners managed their own wastewater systems.

"When you have a self-contained unit you become personally responsible for what you are putting into the system.

"When you have a reticulated system, suddenly the problem is removed from your own property - it no longer has to be your issue right the way through."

Ms Baker said people tended to be more responsible when they had to manage their own wastewater system.