Security guards at Middlemore hospital are escorting staff and visitors to their cars more than 4000 times a month as safety fears continue. 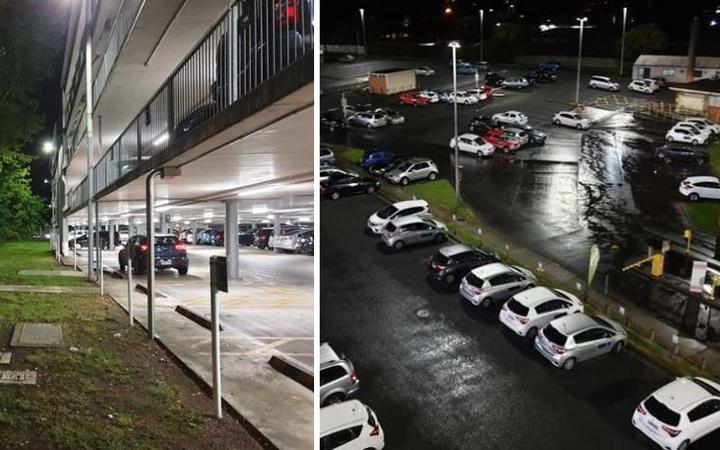 Security guards at Middlemore are escorting staff and visitors to their cars more than 4000 times a month. Photo: Photo / RNZ

The Counties Manukau district health board said that since February there had been an eight-fold increase in use of security after two nurses were attacked in March when leaving work at 7am.

More security guards had been contracted since the attacks, with some patrolling carparks and others escorting people to cars.

Intensive care nurse Debra Isaacs said safety was still very front-of-mind for all of her colleagues.

"At night it is quite terrible because it is winter at the moment and when we're walking we're always looking around and it was never like that," she said.

At the end of a shift, workmates got together to see who was parked where so they could travel in groups, she said.

Some of the areas security guards patrolled were huge, she said.

"Coming to work at 6pm it's already dark, so you get out of your car and you look for the security and sometimes you think 'oh my God, I'm alone'. Meanwhile [the security guard] he's helping someone else," she said.

The DHB's general manager of central clinical services, Ian Dodson, said he understood the staff's concerns - especially because some of their parking was on a Hospital Road, out of the grounds, with no housing around it.

Lighting had been improved in the carparks, trees trimmed to increase visibility, and there was work being carried out to the fence in some areas and to provide more security cameras, he said.

An organiser from the New Zealand Nurse's Organisation, Sharleen Rapoto, said some nurses had been frustrated by having to wait for a security guard for half an hour after their long shifts.

Nurses and other hospital staff did vital, often stressful work and had a right to be safe as they left the building, she said.

"When you leave work at seven in the morning, you are tired, you're exhausted and you have to make the trip to your car. With the assaults that have happened lately, it doesn't bode well for confidence so it does create anxiety," Ms Rapoto said

Mr Dodson acknowledged there could be a wait to leave - especially at the end of a shift when many people needed help at once and urged staff to be patient.

He said there had be no incidents reported since the new measures were put in place.